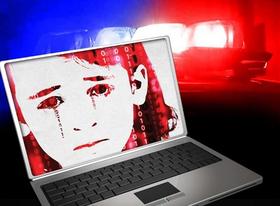 Backpage.com is a website that allows for classified advertising, like job postings or apartments for sale. But, it was earlier this year, when the site got on the radar of U.S. Senators, like Florida Republican Marco Rubio, for a different reason.

“It’s one of the things that you hear a lot about which I find to be one of the most grotesque and outrageous things I've seen and that's the conduct of Backpage.com,” he said, during a Senate hearing in February. “There's a recent article in "Miami Herald" that talked about a local organizations filing a federal lawsuit against Backpage.com and found that in my hometown of Miami-Dade, over half the adult victims in human trafficking cases and 40 percent of minor victims were being advertised on Backpage.com.”

According to an investigative report released by U.S. Senators this year, Backpage is the leading online marketplace for commercial sex and it’s involved in 73 percent of all child trafficking reports to the National Center for Missing and Exploited Children.

“So following that report, Backpage has closed the adult section in which advertisers solicited services,” Rubio added. “However, it's been reported that the ads are now running on the dating section and some are now asserting, and I agree, that this is nothing more than a publicity stunt. In the end, didn't they just change the name of the same activity?”

“Backpage, they shutdown one section of their site, and another section pops up,” said Actor Ashton Kutcher. “These things become incumbent upon us having a malleable tool that can effectively work in all markets.”

As part of his group’s work, they’ve spoken to several online platforms about looking into these issues. Kutcher says while some are willing to distance themselves, other sites, like Backpage, appear more resistant about taking down the sex ads.

“This has been happening long before Backpage,” he added. “Six years ago, I started going after the VillageVoice for advertising sex in their platform. And actually, the way I went after them is that I went after their advertisers, and said hey, do you know that this is happening? And the advertisers, they pulled back, and the VillageVoice started have some issues relative to that. I talked to the founder and CEO of Backpage five years ago, and said we're watching, we know what's happening, I know you know what's happening. You can either join us in the fight against it or you're going to become the tool for it. And it really sort of didn't want to hear about it.”

And, Human Rights First President and CEO Elisa Massimino says she believes Backpage needs to be held accountable for what it’s doing. She says there’s evidence that they’ve doctored up to 80 percent of their ads to conceal illegal transactions.

“When they do that, they should not be protected by the law,” she stated. “You know, the current law, and there's some good reasons for it, that says that internet sites that allow third parties to post aren't responsible for the content of that post. But, you don't have to change that law to go after what Backpage is doing right now. It appears that they are intentionally altering ads to make underage people look like they are consenting adults. And that is despicable, and wrong, and they should be held accountable for that.”

Kutcher and Massimino spoke during a Senate hearing months ago about human trafficking, which included talk of legislation. Now, Rubio, Florida’s Democratic Senator Bill Nelson, and 18 others have filed the “Stop Enabling Sex Traffickers Act.”

The goal is to update the Communications Decency Act to clarify that websites that knowingly facilitate sex trafficking can be held liable and the victim can seek justice against them. It also eliminates federal liability protections for such websites and allows state law enforcement groups to investigate such claims.

More Jacksonville Businesses Might Have To Hang Human Trafficking Signs

The Jacksonville City Council is advancing a bill that would add hotels to the list of businesses required to post human-trafficking awareness signs. The council’s Neighborhoods Community Service, Public Health and Safety committee approved it Monday morning.