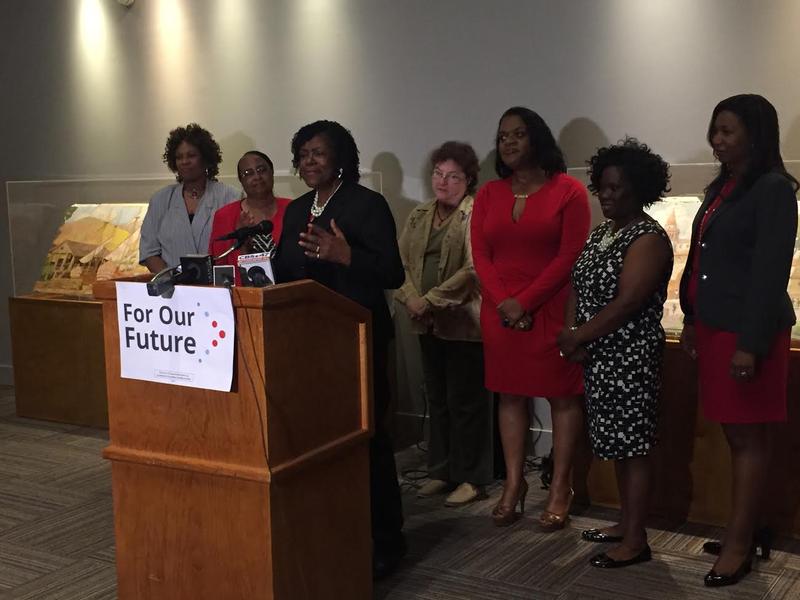 Eight female activists from Jacksonville are calling on state and federal officials to keep the Affordable Care Act intact. That’s as Republicans in Washington are talking about repealing and replacing the health care law.

The For Our Future PAC is funded by progressive billionaire Tom Steyer and a coalition of labor unions. It brought together women Friday to tell stories of losing loved ones who didn't have insurance or being saved after signing up for coverage under Obamacare.

“I am standing here today as a woman who 10 years ago was diagnosed with a devastating diagnosis that required injections that cost $2,000 a month. Those injections were not covered by insurance,” she said.

Holloway would not reveal her original condition, but she did say she was later diagnosed with a brain tumor, and she survived because she found affordable insurance on healthcare.gov.

Holloway is also the founder of a small nonprofit called All About Health Care Advocates. One of its main services is helping people navigate health insurance exchanges.

The Republican majority in the Florida statehouse and a new, sweeping majority in D.C., is backing President Donald Trump’s promise to repeal and replace the health law.

President Donald Trump and other Republican leaders have been working to repeal and replace the Affordable Care Act. And the millions of Americans who have health insurance through the Obamacare marketplaces aren't the only ones wondering about their fate. Leaders of insurance companies are, too.

We've been looking this week at what we know of plans to replace Obamacare, and one of them aims to spread the burden of caring for the very sick. Here's Speaker Paul Ryan on public TV's "Charlie Rose" show.

Through years of acrimony over the relative merits of Obamacare, one kind of health insurance has remained steady, widespread and relatively affordable: Employer-sponsored plans.

Job-based medical plans still cover more Americans than any other type, typically with greater benefits and lower out-of-pocket expense. Recent cost increases for this sort of coverage have been a tiny fraction of those for Obamacare plans for individuals.

Health Savings Accounts Are Back In The Policy Spotlight

They are just three little words — "health savings accounts" — but they are generating a lot of buzz as Republicans contemplate plans to repeal and replace the Affordable Care Act.

Expanding the use of these accounts, based on a long-held conservative view that consumers should be more responsible for their health care spending, is a part of almost every GOP replacement plan under consideration on Capitol Hill.