Studying Significant Others Could Help Survivors Of Sexual Assault

One in five women report having experienced rape, according to the Centers for Disease Control and Prevention. Florida State University doctoral candidate Wayne Rivera says that means many people know a sexual assault survivor, whether they realize it not. 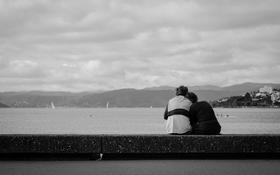 Yet many survivors don't report their assault to law enforcement. According to the Rape, Abuse and Incest National Network, 310 out of every 1,000 rapes are reported to police. Rivera says friends, family and partners are often the first line of support, not social services.

“These friends are the primary people who are assisting the victim. Again, most rapes are not reported to any sort of agency… or something that can help. So it’s really important to understand how they react, and what impact that has on them,” Rivera said.

That’s spurring Rivera to study those significant others, who may not know how to respond.

“Supporting a victim is actually very difficult. A lot of times even when we feel like we’re doing something good, there’s still doubts….People often screw up. They feel bad about it. And there’s no one who really tells you how to handle something like that,” Rivera said.

Rivera hopes understanding significant others may ultimately help connect survivors to the services they need.

He’s currently collecting interviews with friends, family, partners and social support workers to study how survivors disclosed the assault. He'll then delve into how the significant others responded and what, if any, second hand impacts came out of the experience.

He plans to publish his findings in the spring of 2018.

Florida Attorney General Pam Bondi is encouraging people affected by domestic violence and sexual abuse to reach out to law enforcement. The move is part of a national push for awareness of victims’ rights.

State: Florida Has Backlog Of 13,000-Plus Untested Rape Kits

Florida has a backlog of more than 13,000 rape kits that have not been tested or submitted for processing, and managing them could cost the state tens of millions of dollars and take several years, according to a report released Monday.