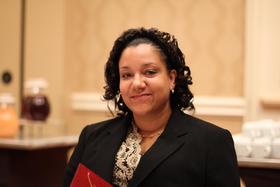 Monica Smith came to the St. Petersburg Free Clinic's women's program in 2012, after drug addiction and a felony record led to her losing custody of her three children. The program helps homeless women gain independence through job training and mentoring

Construction, which started earlier  has started on a new building that will house up to 50 women. Smith, who currently works at the Clinic, will be working as an intake coordinator--helping to determine which women are best suited for the women's program.

Now, there's only room for 20 women. Even with the expansion, they can only house a fraction of the nearly 1800 homeless women who request help every year. 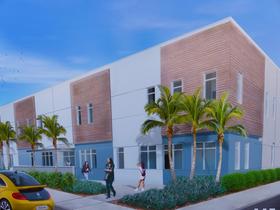 Smith said that the Free Clinic's women's program offers something that other places don't.

"I had a lot of support from a lot of positive women. I had a mentor who was able to help me with a budget [and] guide me through life situations," she said. "A lot of other programs don't really give you the guidance that it takes to help you change the way you think--the way you go about approaching situations."

"I wasn't the best mom, but now I can be present. We do things--I call them adventures--even if it's just finding [sea] shells or weird rocks. We call them dinosaur eggs. We do a lot of things together as a family," she said. "I can be a better influence on them. They're not seeing me messed up or anything. They see me as being their mom . . . The relationship has definitely gotten a lot better than it's ever been. It's exciting, but emotional, because there's a lot of regret and a lot of guilt."

Smith also tries to be a positive influence to the women who come to the Free Clinic, having trouble with addiction and the law.  She wants to show them that making a positive change in their lives is possible.

Beth Houghton, the executive director of the St. Pete Free Clinic, said that Smith's story is common. She said most women come to the Clinic after a series of bad decisions and bad breaks.

Houghton said that what women learn at the clinic benefits society as a whole.

"They are serving you at the local restaurant, they're at a call center holding down a job, they're paying taxes and they're supporting themselves," she said. "That's better for all of us."

Houghton said that getting funding is aspects of her job. The project will cost about $4.5 million. So far, they've raised $4.2 million--mostly composed of cash and pledges. Only a small portion comes from the government. But, Houghton said, the toughest thing is knowing that despite the help offered, some women will go on to make bad decisions.

"We can provide a lot of support and break down a lot of barriers, but at the end of the day the resident has to do the really hard work and they determine their future and we try to empower them to do that," she said. "Usually they make good decisions, but sometimes they make bad decisions. And every time that happens, it breaks our heart, because we've come to know and love those women, and want their success."

This month, Smith began a quest to look into regaining custody of her children. But for now, she wants to be the best mother that she can be.

While the St. Pete Free Clinic builds the new facility for women, the Clinic will continue to help those women rebuild their lives.

Free Clinics Beat Insurance, for Some

With open enrollment for health insurance ending in just two weeks, the push is on to get everyone who qualifies signed up. But some of the uninsured are balking, and it’s not only the so-called “young invincibles” who think they don’t need it.

Gary Babcock of Clearwater, for example, is neither young nor invincible.  He’s 55, with diabetes so severe he has to give himself daily insulin shots.

At his income level, he could choose from several Affordable Care Act plans with no premium, fully subsidized.