WLRN interns spent some time this summer looking at how the idea of gender is changing in South Florida. This story is part of their project.

But on one Monday afternoon in July, a group of middle and high school boys did something different. They participated in a discussion about rape and how not to objectify women.

The workshop was organized by End Rape Culture, a non-profit that is trying to combat hyper-masculinity in South Florida.

The goal of the discussion was to convince the boys that patriarchal tendencies—like believing that men should be dominant over women—are harmful and can fuel gender violence.

"We want to try to abolish or minimize the percentage of sexual assault that occurs in our population,” said Erica Magaña, an education consultant with End Rape Culture, during the workshop. “One of our strategies is we go into the community and hold educational presentations.”

Magaña, who led the hour-long discussion along with Edward Urena, told the 17 boys about the prevalence of sexual assault and harassment in society. They emphasized that it's wrong only to think about women’s physical appearances. Other activities included listening to music, like “Gas Pedal” by the artist Sage the Gemini, and identifying the misogynistic language in the lyrics. 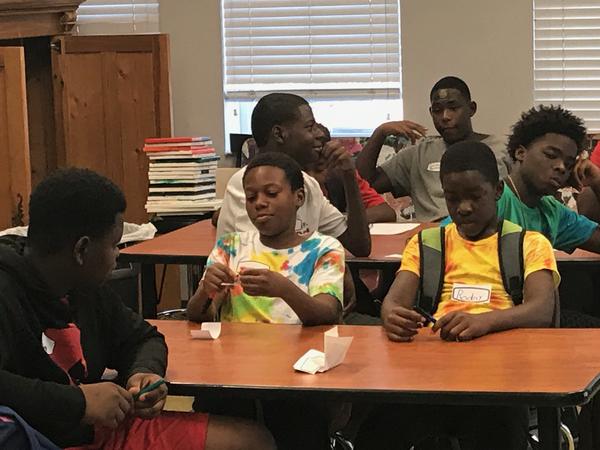 End Rape Culture formed in March of 2018 to reduce gender violence in South Florida. The nonprofit's founder, Yessenia Urena, said the region experiences higher rates of hypermasculinity and sex trafficking than other parts of the country.

The number of cases of sex and human trafficking in South Florida are unknown. But the region is a hotspot for the crime, according to U.S. government officials and nonprofits.

Urena said End Rape Culture is unique because it's trying to address root causes of sexual violence. Magaña noted added that the nonprofitheld the workshop at the Police Athletic League because the group is focused on teaching children about gender violence.

“It’s about planting seeds,” she said. “Maybe later on in life, they’ll reflect [on what was discussed].”

In addition to listening to music, Magaña and Edward Urena discussed with the boys what it means "to be a man." They both noted that pop culture tends to glorify men as strong and masculine. But men can also be emotional and should focus on more than just women’s physical appearances, they said.

The topic was important, Urena said, because some families and cultures value patriarchal norms. He said such beliefs can fuel sexual violence and exploitation.

“It’s something that’s kind of normalized,” he said. 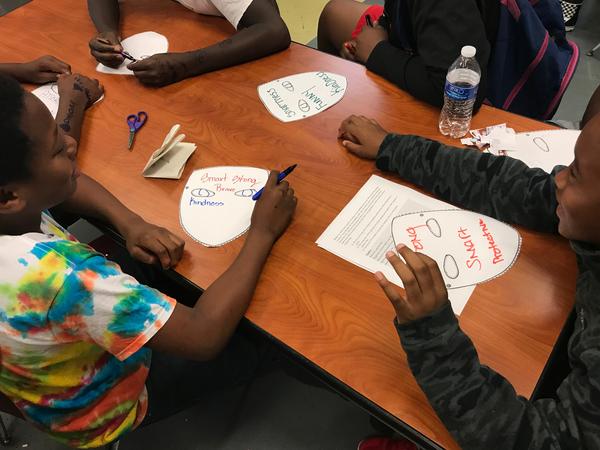 Normeshia Bonner, a teen specialist with the Police Athletic League, said the workshop was beneficial. She noted that many of the boys do not discuss gender violence with their parents.

Several of the boys, including Jamauri Adams, added that the discussion resonated. Adams, 12, said he sometimes sees other kids objectify women’s bodies. The workshop taught him how to be more of a gentleman.

“Like growing up, it’s gonna teach me how to treat women and not use them for their body parts or what they have or how they look,” he said.

Magaña said the non-profit is planning additional presentations, one of which will be on how parents can teach their children about gender violence.

“We definitely should try to just reach as many people as we can,” Urena said.

The Psychology of Sexual Predators

Women are frequently encouraged to learn self-defense techniques, evaluate dangerous situations, and to remain alert for potential predators. The emphasis is often on ways potential victims can avoid victimization, but one Southwest Florida forensic consultant argues the conversation should focus instead on predators, and giving the community options in identifying potential offenders.