TweetShareGoogle+Email
Listen
Listening...
/
Click here to listen to the audio version of this story.

Javier Vivo helps carry passengers’ bags and pushes wheelchairs at Miami International airport’s J Terminal, welcoming international travelers to the area. When he was hired as a part time employee, he wasn’t given a choice whether to take his company’s health insurance or not. It was take it or leave the job. When Vivo tried to use his insurance at the emergency room to take care of a stomach issue, though, he found out the insurance card did not give him access to much of an insurance plan.

Now he and other airport workers are claiming that their health insurance is below the standard required by county law. They’re demanding back pay and restitution and their challenge is proving to be a new test for Miami-Dade County’s 1999 living wage ordinance. 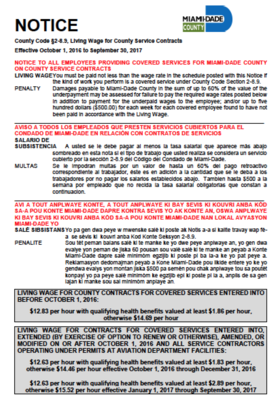 Because it is a subcontractor at the Miami International Airport, Ultra is bound by the county’s living wage ordinance. That requires county workers or contractors to be paid at least $15.52 an hour, unless an employer offers health insurance. Then, the minimum pay drops to $12.63 cents an hour. The $2.89 difference goes to pay for the employee’s health insurance.

When Vivo got sick and went to the emergency room he was in and out for a few hours.

“Fifteen days later, I received the first letter, that I had to pay $1,429 only for the physician payment,” explains Vivo.

A few days later he got a full bill for more than $4,000. Insurance took nothing off.

“I never would have gone to the hospital if I know I had to pay this,” said Vivo. “This is the proof that somebody is stealing money from me ”

He’s especially frustrated because he canceled his Obamacare plan he liked because he got insurance through Ultra.

Kathy Bakich is a healthcare compliance consultant hired by the service workers union 32BJ SEIU to review the part-time worker plan offered to employees like Vivo. 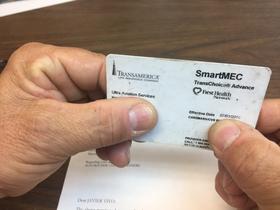 “[Those are] traditional health plan[s] where you get a card and it says you have insurance and you take it to your doctor and you might have a co-pay or deductible or a co-insurance where you're paying a percentage the percentage of the bill. None of that applies here,” says Bakich.

Part-time workers for Ultra Aviation — roughly 300 people like Vivo — are all under a cash indemnity plan. It provides cash back for various kinds of services.

On the front of the plan’s benefit explanation package — the information you get after you first sign up — Vivo’s plan reads: “This is not major medical insurance.”

“[Indemnity plans are] not related to what your illnesses are, what the doctors charge or anything like that,” said Bakage.

Helene O’Brien is director of 32BJ SEIU, which has been helping the airport workers bring their complaints to the county. She says Ultra’s plan is in violation of the living wage ordinance.

Whether a health plan qualifies under the living wage ordinance is not defined by county law. Section 2-8.9, the county law, points to a state statute that doesn’t exist any more.

Miguel De Grandy, a lawyer representing Ultra, declined to be interviewed, but in a statement wrote: “the County’s Living Wage Ordinance no longer made sense and did not provide any recognizable notice or standard as to what minimum benefits a health plan must include.” 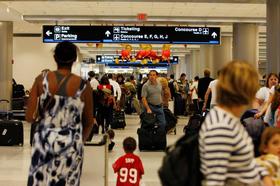 Essentially, he says, there’s no way they can be violating something that doesn’t exist.

At a County Commission meeting, De Grandy stood by the company’s health plan.

O'Brien said she doesn’t buy it.

A manager with the county’s Internal Services Department wrote in an email to a union researcher that the county had recently reviewed the issue. Even though the current ordinance leads to a nonexistent state statute, there are still standards and those are part of the Affordable Care Act, the email said before outlining the standards. Standards that the union says the Ultra plan does not meet.

O’Brien says Ultra should be penalized for that.

“The county has the power to terminate Ultra's permit for not being in compliance with the living wage ordinance. And it also has the power to require Ultra pay the difference that it didn't pay to those 300-plus workers over the past couple of years,” said O’Brien.

Before the county can talk about penalty, though, it has to figure out if Ultra’s health plan is in violation in the first place, uncharted territory for the county.

“Never before has there been an argument regarding the health benefit plan side of it,” said Milton Collins, associate director of Minority Affairs at the airport.

Collins is in charge of enforcing the living wage ordinance at MIA, and says the typical case is of simple underpayment.

Wading through the intricacies of a health plan though, Collins says, is not something his office is really set up to do.

“We are not experts in the area of insurance. When we get the documentation from the companies attesting that the insurance that they have meets the qualifications, we go by that attestation,” said Collins. 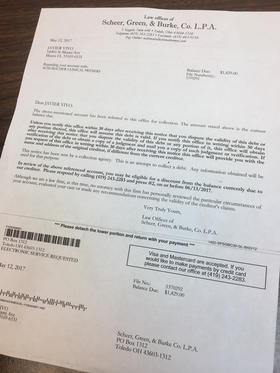 He says his office and the county are going to move slowly to try and figure this all out, as it will set the precedent for the rest of the county.

Meanwhile, Javier Vivo has received calls from the hospital and a collections letter for his hospital bill. He says he can’t pay it.

“I started with [Ultra] because I tried to get financing for my house. Finally I have my house under my name,” says Vivo. “But for sure, they’re going to put liens on my property, because these people who take money from me for the health insurance don’t cover me nothing and now, I can’t pay this. I can’t, you know?”

Vivo was so frustrated by the health plan he gets through Ultra, he’s now paying to get an Obamacare plan again, essentially paying for two plans at once.

He’s filed a complaint with the county hoping for back pay and for the company to pay for his medical bills. He says the back pay wouldn't cover it all.

Insurance policies that pay a lump sum if workers get cancer or another serious illness are being offered in growing numbers by employers. Companies say they want to help protect their workers against the financial pain of increasingly high deductibles and other out-of-pocket costs. But it’s important to understand the limitations of these plans before buying.

Americans who buy health insurance through their employer are paying more for their monthly premiums, a new study shows.