On 100 acre stretch of land, seven houses sit in various stages of construction. The exposed, wooden beams are decorated with motivational quotes and Bible verses like, "Where the spirit of the Lord is, there is Freedom” from Corinthians.

Listen
Listening...
/
Click here to listen to the story.

But it's not graffiti, and this is not a new housing development. It's set a few miles back from any major highways, in a clearing nestled by trees.

“You don't hear traffic too much, you hear birds,” said Laura Hamilton, president of Bridging Freedom, the organization that spearheaded this safe home community. “And so we want the girls to be able to breathe. We want them to be safe."

On this donated property, several acres have been cleared to construct a lodge, chapel and seven houses away from the hustle and bustle of any city. They will soon be home to several girls, ages 6 to 18, who were rescued from sex trafficking. They’ve have faced rape. Addiction. Trauma beyond imagination.

It's the first of its kind in Florida.

WUSF and Health News Florida are not disclosing the specific location of the Tampa Bay area campus to help keep safe the children who will soon be living there.

In 2017, 1,601 calls were made to the National Human Trafficking Hotline for Florida alone, making it the third largest state in the country for the number of calls.

Of those, 604 cases were identified, and nearly a third of those involved child victims of sex trafficking. 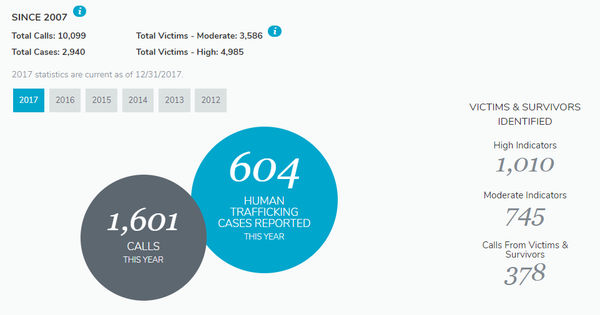 Hamilton walks up the concrete sidewalk to the first house.

"The homes have nice sidewalks, a nice front porch,” Hamilton said. “We want the old Florida feel. We'll have rockers here for the girls to just be able to have some peace and meditation, and of course, we'll be having a lot of fun, too."

These girls will be living here for months, possibly years, until they're ready to move back in with their families, or new foster homes. Hamilton steps inside, her voice echoing through the empty home, as she continues her tour.

"So this is the entryway, to your right is the staff offices, and then over here is your educational room,” Hamilton said. “Here's your counseling room and then throughout the back is their bedrooms and bathrooms."

Laura Hamilton, president of Bridging Freedom, gives a tour of one of the house girls will be staying in when they come to live at the safe home campus.

Each girl will have their own bedroom and a closet full of new clothes. Depending on her age and education level, she will have time for school, therapy, and medical appointments. Hamilton said both paid employees and vetted volunteers will provide care 24/7, and training to suit the girls' interests.

"Maybe it's she wants to learn math,” Hamilton said. “Maybe she wants to groom dogs or know how to brush a horse or cut hair or balance a checkbook."

Hamilton said this campus is based on a model developed by Wellspring Living in Georgia, which touts an 85 percent success rate in rehabilitating girls and young women.

But it cost of money for Bridging Freedom to make this happen. So Hamilton made friends in the legislature like Jennifer Wilson, an advisor and campaign manager for several Florida state senators and representatives.

Wilson said the multi-million dollar project is funded partially by state and federal grants, as well as donations from businesses and community partners.

"The type of service that Bridging Freedom is going to provide to these girls is so holistic in nature, you know,” Wilson said. “It's medical, it's educational, it's therapeutic, it's social."

And it's calculated it'll cost about $2.7 million each year to care for the first 12 girls when it opens sometime this summer and almost $5 million a year once it expands to house 52 girls.

Those costs include the original start-up funds for the campus, as well as the cost therapeutic activities, counseling, round-the-clock care, medical needs, education, security, day-to-day operations, and living expenses like food, gas and electric.

Hamilton said when she worked for the Department of Justice's human trafficking task force four years ago, she was responsible for placing children who had been rescued. Before this campus, there were no immersive programs locally to help them.

"Foster care parents don't know how to handle these children,” Hamilton said. “We put them in group homes. They were not equipped because these children need specialized care, trauma-informed care."

It wasn’t that long again that these girls would have been treated more like criminals than victims.

In 2012, Florida passed the Safe Harbor Act. Children rescued from prostitution are now guaranteed help from child welfare professionals instead of being run through the juvenile justice system.

In 2016, the law was expanded to develop a screening system for sexually exploited children.

But Hamilton said this particular program – the safe campus - isn't about prevention.

"We're here to help them find their dreams.”

The safe campus will not reduce the number of girls lured, kidnapped, and sold into sex trafficking. That's what new laws and public outreach are for.

Hamilton said it's here to save the lives of the girls who have already been through it.

If you suspect someone is a victim of human trafficking, you can call the National Human Trafficking Hotline at 1-888-373-7888. The toll-free hotline is available to answer calls from anywhere in the country, 24 hours a day, 7 days a week, every day of the year in more than 200 languages. 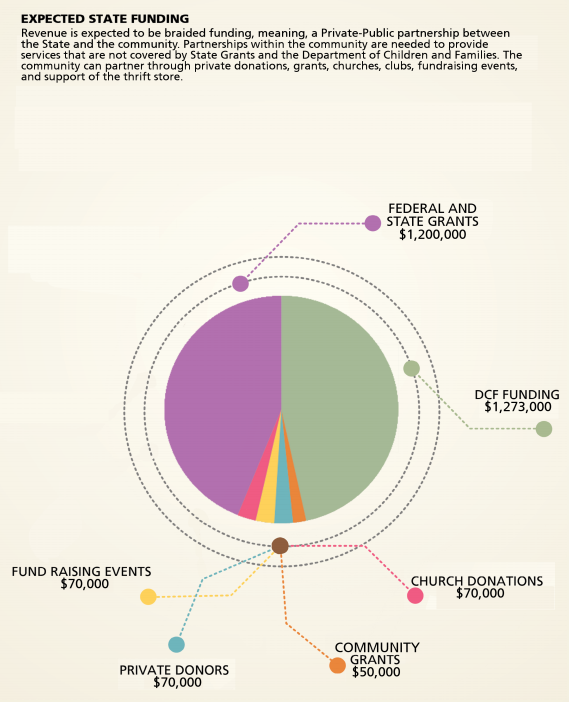 In 2015, the Florida Legislation appropriated $1,000,000 for site infrastructure and appropriated the funds through the Department of Children and Families. In February of 2016, Bridging Freedom received actually received the contract, and the following month, were able to submit invoices for work accomplished.

In July of 201, the legislation appropriated $1.2 million through the Department of Legal Affairs for Bridging Freedom's program to help finish the infrastructure work and provide Direct Care funds.  However, the agency was not able to distribute any of the $1.2 million because it was appropriated in the wrong category.

In 2017, the legislation redirected only $700,000 of the mis-categorized $1.2. million in funds into a correct category. They could not redirect the $500,000 because it was a federal grant. Bridging Freedom received a contract for the $700,000 funds in early 2018 and is now submitting invoices for work accomplished.

At the same time in July 2017, “the legislation made sure we stayed in the budget for $1.2 million for program funding through the Department of Legal Affairs.  [We] are still awaiting approval and a contract.” Hamilton said.

Other grants and donations can be seen here.