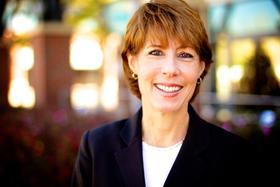 Democratic Congresswoman Gwen Graham says the Department of Environmental Protection’s early response to the Mosaic sinkhole was inadequate.  The outgoing lawmaker is raising concerns as she considers a 2018 gubernatorial bid.

Although the state’s environmental regulatory agency is issuing daily updates now, U.S. Representative Gwen Graham says the records returned to her office don’t show any agency emails about the spill until September 15.  The company notified state officials in late August.

“If this is the sum total of the communication that went on between DEP and the governor’s office over this massive potential contamination,” Graham says, “Florida families have a lot to be concerned about.”

The Department of Environmental Protection is tinkering with new regulations that would expedite public notification for pollution.   But many industrial interests are pushing back.

Proposed notification guidelines for pollution are raising hackles among the state’s major industries.  The rule changes come after millions of gallons of contaminated water were spilled at a Mosaic phosphate plant.

A fertilizer company says it hopes to have a massive sinkhole plugged by spring, months after contaminated water and waste began flowing into Florida's main drinking water aquifer.

Hurricane Matthew's heavy rains are predicted to soak much of Florida, and that could complicate efforts to manage the pollution flowing into a sinkhole that opened up beneath a fertilizer plant's massive pile of toxic waste.