There are many moving parts in the nation’s ongoing health care debate. One of the most embattled at the moment is the pharmaceutical industry. Now those companies have launched a counter-offensive to try and repair their tarnished image. 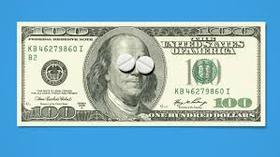 Back during his campaign, even Donald Trump was taking aim at the major drug companies, accusing them of inflating their prices, refusing to cut better deals with volume consumers – such as Medicare – and off-shoring much of their production. Even after meeting with industry leaders in late January, now-President Trump was only slightly less pointed in his criticism.

Meanwhile the future of national health care reform anything but certain in the wake of the Republican-dominated Congress’s inability to repeal and replace Obamacare. States like Florida are dealing with many unknowns. So Caitlin Carroll, the public affairs director of the Pharmaceutical Research and Manufacturers of American – also known as “Pharma”, was in Tallahassee the other week to provide clarity on the fact that Pharma is an economic force in Florida.

“Our industry supports more than 149,000 jobs here in Florida. We have almost 30,000 direct jobs and we also have billions of dollars in economic output that helps grow the state and we want to see that input and output grow…we want to see the industry presence grow in Florida,” Carroll asserted.

One thing that’s undeniably growing is the price of drugs. The average person may notice it when they pick up their prescription at the local CVS or Wahlgreen’s. But the entities that REALLY notice the increase are hospitals, which buy their medications by the literal truckload. Take Tallahassee Memorial, whose CEO is Mark O’Bryant.

“It is a big part of our expense and it’s probably one of the hardest areas to control because you don’t negotiate too much with Pharma,” he said.

Pharma’s Carroll insisted at least part of the cost equation is driven by simple supply and demand. “We want to be seen as an engaging partner on those issues and willing to come to the table to find not just one solution, but a comprehensive solution that addresses our current supply system as it is and improve it so patients are put first,” she insisted.

Hospital Chief O’Bryant still questioned why, with so many other health care cost elements tied to things like Medicare reimbursement rates, drug companies seem immune from that pricing influence.

“For whatever reason, and I think the biggest reason is they’ve got the best lobbyists in the world, Pharma has been outside of those bounds. There’s no set pricing,” he complained.

Meanwhile, there’s the demand side of the pharmaceutical business. A side the industry has been stoking with consumer ads like this TV commercial:

(voiceover from ad) “Viberzi is a prescription medication that you take every day. It helps proactively manage both diarrhea and abdominal pain at the same time.”

Tallahassee Memorial’s O’Bryant isn’t a big fan of those ads.

“They are master marketers,” he admitted with a note of admiration in his voice. “They push in the open commercial market new drugs, etc. and some of those drugs are extremely expensive and have an impact on the bigger health picture.”

Depending on how you define “marketing costs”, drug companies spend as much as two times on advertising and promotion than what they spend on research. But the industry’s Carroll said that marketing is critical: first to let consumers and doctors know about the latest treatments, but also to boost sales which are vital to support research and development to find cures for such illnesses as cancer and Alzheimer’s.

“If we want to find those big unknowns and solve those problems, we’re going to have to invest a lot of resources in doing so and that’s what drives us and that’s what our companies are committed to.”

Meanwhile, industry critics, such as the head of Tallahassee’s public hospital and even the president of the United States, would like Pharma to be more committed to lowering its drug prices.

Doctors Get Disciplined For Misconduct; Drug Firms Keep Paying Them

Hundreds of pharmaceutical and medical device companies continue to pay doctors as promotional speakers and advisers after they've been disciplined for serious misconduct, according to an analysis by ProPublica.

One such company is medical device maker Stryker Corp.

Eight people face charges after authorities say they received $157 million in fraudulent insurance claims as part of a scheme involving prescription compounding pharmacies in Pasco County and the Miami area.

Between Oct. 2012 and Dec. 2015 the suspects are accused of submitting $633 million in fraudulent reimbursement claims for prescription compounded medication to Medicare, Tricare and private insurance companies, authorities said.

The U.S. Attorney’s Office has accused a handful of Tallahassee doctors who they say enjoyed lavish parties and took thousands of dollars in kickbacks from Novartis Pharmaceuticals Corp., the Tampa Bay Times reports.  The lawsuit says the doctors defrauded Medicaid by overprescribing Novartis drugs.