The Affordable Care Act has had a profound impact on how money moves through Florida’s health care economy, according to a biennial market report out this week.

“The individual market in Florida has attracted new competitors and thousands of new enrollees, with many insurers reporting profits and relatively moderate annual increases in premiums. The ACA has also given a push to several trends that were already in motion, including consolidation of both health plans and provider systems and the growing use of high deductible health plans and narrow provider networks. Hospitals have benefited from a decline in uninsured patients and growing revenues. … However, proposals to undo key elements of the ACA have introduced significant uncertainty about the future.”

Baumgarten spoke with Health News Florida about how the Affordable Care Act has shaped Florida’s health care market—even as the state chose not to expand Medicaid eligibility. You can listen to that conversation here: 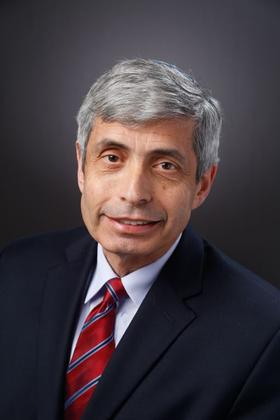 Health News Florida: In this report, you write that the Affordable Care Act “has had a huge impact on coverage in the state, and how physicians and hospitals organize, practice and are paid.” How so?

Allan Baumgarten: The rate of uninsured in the state, which used to be among the highest in the country, has dropped by about six percentage points.

With the expansion of individual coverage and—even though the state refused to buy into the expansion of Medicaid eligibility—still the number of people receiving Medicaid from the state has grown by about 100,000 each year for the last five or 10 years.

So that's brought down the rate of uninsurance and that's a very important impact, certainly for those people who now have insurance and have better access to health care. But also for hospitals and physicians who used to see a large number of uninsured patients and who now find that those same patients are coming in and have an insurance card.

How has the Affordable Care Act shaped the organizational structure of hospitals and physician groups?

The Affordable Care Act gave a boost to some trends that had already been in place.

What we've seen in Florida over the last 20 years is a steady march of consolidation with hospitals acquiring other hospitals. And then systems of hospitals integrating vertically and acquiring physician clinics, acquiring skilled nursing facilities. And I would describe them as, in a sense, covering their bets. Either they think the world is moving toward value and performance-based payment, in which case they want large systems to provide comprehensive care. Or they think that the world is going to continue to reward volume and pay on a fee-for-service basis—in which case you want to make sure that those patients are being driven to your facilities and to your specialists.

There has been a lot of talk at the federal level of peeling back, if not the entire Affordable Care Act, then certainly large pieces of it. What could that possibly mean for the health care economy in Florida?

Well, I think it is potentially disastrous for providers and for consumers, patients.

As we said before, the state made a significant amount of progress in reducing the number of people without health insurance. And when you have health insurance, you have better access to care, you have better family security, better family financial security—which lifts a tremendous burden off of people who are worried that they are one serious medical condition away from bankruptcy.

And the providers that have benefited from having more people with coverage—and who have improved their revenues and their profitability—they face the return, in a sense, to a time when they were seeing 10 to 20 percent of their patients without insurance.

As you mentioned, Florida is a state that did not expand Medicaid eligibility under the Affordable Care Act. How do you see that choice playing into the cost of insurance or the structure of hospital systems?

Hospitals will tell you—because they serve a certain number of uninsured patients, because Medicaid and Medicare do not pay enough to cover their costs—they will seek to shift that to employer groups. And so employees will find that a portion of what they pay in monthly premiums, or what they require their employees to contribute to a monthly premium, is also based on making up for the shortfalls from the other payers or from the uninsured population.

Why Do People Hate Obamacare, Anyway?

The Affordable Care Act, aka “Obamacare,” has roiled America since the day it was signed into law in 2010. From the start, the public was almost evenly divided between those who supported it and those who opposed it.

Deadline Is Friday For Most ACA Insurance Sign-Ups, With Important Exceptions

Open enrollment on the federal health law's marketplace — HealthCare.gov — ends Friday, and most people who want a plan for next year need to meet the deadline.

But some consumers who miss the cutoff could be surprised to learn they have the opportunity to enroll later.

"While a lot of people will be eligible ... I am still worried that a lot of consumers won't know it," says Shelby Gonzales, a senior policy analyst at the Center on Budget and Policy Priorities.

Sen. Susan Collins, the Maine Republican whose vote was pivotal in pushing the GOP tax bill forward last week, thought she had a deal to bolster health care protections in exchange for her support.

But it's now unclear whether her strategy to shore up part of the Affordable Care Act will prevail or that it would produce the results she anticipates.

Nearly 500,000 Floridians signed up for an Affordable Care Act plan in the first three weeks of enrollment.

This year is six weeks shorter than last year.

Not on the calendar, or course, but there are six fewer weeks this year for people getting their health insurance through the Affordable Care Act -- otherwise known as Obamacare or ACA-- to sign up for 2018.