Pain Patients Could Get Prescription Relief Under Senate Access Plan 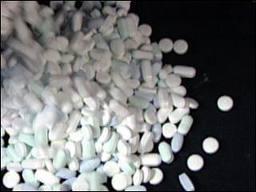 Some Florida lawmakers say the state’s pill mill crackdown has gone too far. Florida used to be known as a pill mill capital but the state cracked down on unscrupulous clinics, leaving legitimate patients to struggle with getting prescriptions filled.

Sen. Aaron Bean, R-Jacksonville, has a bill that would lift some restrictions on drugs like oxycodone. He says the state's pill mill crackdown has been a success, but perhaps its been too successful.

“I have a sister whose a pharmacist. She says, 'Aaron, I can’t get them [medications] here. There’s a perceived cap out there and I’m turning patients away all the time'. So members, we will look at this and hopefully consider it as a committee bill," he said.

State law enforcement numbers show as prescriptions for drugs like oxycodone have fallen, use of street drugs like heroin is increasing. Many chronic pain patients are struggling to get their prescriptions filled.

Pharmacists have been reluctant to fill prescriptions due to heightened enforcement from the state and federal officials. Now the Department of Health has a task force looking for ways to increase access to the medications while safeguarding against fraud.