As the opioid epidemic swells the tide of abused and neglected children coming into the state foster-care system, a Florida judge is trying to find them a "forever" home, in time for the holidays. 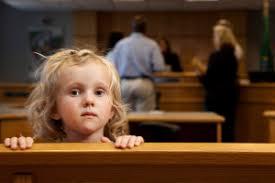 On December 20th, Circuit Judge David Gooding of the 4th Judicial Circuit will hold his annual "Home for the Holidays" adoption ceremony at the Duval County Courthouse. At last year's event, he approved 18 adoptions, from infants to teens. He warns against allowing children to age out of foster care without a family.

Gooding has performed roughly 4,000 adoptions. It's his passion. His father – also a judge – often brought home children for a night after they'd been removed from their homes. But now, Gooding said, child welfare is more challenging than when his father was a judge.

"Every single day, drugs are ruining people's lives. I always say, if I had a magic wand, if I could wave and get rid of substance abuse – that's drugs and alcohol – I'd have to go find another job. I'd have to do a contract case or something, because there wouldn't be enough work to keep me busy. But there's plenty of work to keep us busy now."

Especially in Jacksonville, one of the hot spots of Florida's opioid epidemic. When Governor Rick Scott signed a declaration that opioids were a state emergency, last May, he directed Department of Children and Families officials to hold town-hall-style meetings in four cities hard hit by the epidemic. Jacksonville was one of them.

"I would say over 90 percent of our cases, there is a drug component to it."

"And so we had four newborn children today who were sheltered because of opioid addiction. It is absolutely an epidemic, and our program and our system is bursting at the seams because of it."

What's more, Meyer added, the consequences for children whose parents are addicts will last far into the future. The newborns suffer only the physical damage.

Over the past two-and-a-half years – as opioids have ravaged Florida – the number of children coming into the state foster-care system has increased by 11 percent. The Guardian ad Litem Program is able to represent about 70 percent of them in dependency court.

The federal agency has given the Florida Department of Children and Families 90 days to devise a plan to improve care for foster children.