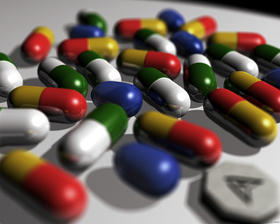 An average of fourteen people die every day from opioid related abuse. That’s according to Stuart Republican Representative Gayle Harrell.

She’s glad to see a measure moving through the legislature that aims to curb opioid abuse. The House version ensures doctors and pharmacies use the PDMP or Prescription Drug Monitoring Program database before prescribing or dispensing an opioid. It also allows Florida to share its information across state lines to help cut down on so called doctor shopping. Rep. Jim Boyd (R-Bradenton) says another provision limits the number of pills a doctor can prescribe.

But that part of the bill causes some concern for Rep. Julio Gonzalez (R-Venice) who says the initial proposal to limit the number of pills a doctor could prescribe was far too stringent. Now, he says it’s better but as a surgeon, he sees a potential problem.

Gonzalez says the reason for that is that doctors routinely ask their patients to return in 10 day for a wound check. Keeping the measure as it is, he says, would have patients who’ve just gone through serious surgery, going back and forth multiple times to see the doctor.

“Nobody can argue that at seven days you’re going to be able to consistently be able to take out the stitches at seven days. So essentially what we end having is a quagmire. We have a situation where the patient has to come back at seven days to get more pain medication and then go to the pharmacy to pick up the medication, after major surgery, only to come back three days later to see the doctor anyway,” Gonzalez says

But Boyd pushed back against Gonzalez. He says while he’s not a doctor he has learned a lot by spending time talking with people about their experiences

“A gentleman in my office has hip surgery. Had a hip replacement. He was an otherwise healthy guy—60 years old. He walked out of the surgery center that afternoon, with a walker, got in his car and his follow up for his hip surgery was four days later. I don’t know if that’s routine, but that’s what his follow up was,” Boyd says.

The measure passed unanimously on the House floor. A similar bill is awaiting a hearing on the Senate floor and Gonzalez says he’s hoping that chamber might tweak the bill before passing it.

A measure in the House tackles Florida’s opioid crisis by rethinking how to regulate prescription medication. If successful, lawmakers hope the new set of rules can curb opioid abuse.