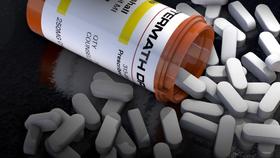 A measure to address Florida’s growing opioid crisis is nearing completion with just days left in the legislative session.

More than a dozen people die every day from opioid abuse. Senator Lizbeth Benacquisto says that’s according to data from 2016.

“Deaths from opioids in our state continue to rise and while many of those deaths are from heroine and increasingly fentanyl and car fentanyl, many of those users’ journeys began with a prescription from their physician,” Benacquisto says.

Benacquisto is championing a bill aimed at curbing opioid abuse. The measure requires doctors and pharmacists to check a database called the PMDP before writing or filling opioid prescriptions. And Benacquisto says it limits the number of pills a doctor can prescribe to a seven-day supply—so long as the doctors explains in the patient’s chart that it is medically necessary.

“But it is important to note that it does not affect long term treatment that is being received by patients with long-term pain or terminal illness,” Benacquisto says.

The measure also requires doctors to take continuing education courses on prescribing controlled substances as part of their license renewal. But that provision drew opposition from Fort Lauderdale Democratic Senator Perry Thurston during a discussion about the bill on the Senate floor. Benacquisto merged her bill with the House bill in an effort to make the measure move forward before session ends. And Thurston says part of that move limits doctors to only one source for their continuing ed.

But Bradenton Republican Senator Bill Galvano says in this case, ensuring everyone is hearing the same message makes sense.

“The language in this bill to me corroborates the fact that we have lost control of these substances. They’ve run amuck. We are now in a crisis situation and we need to have uniformity—be on the same page in how we prescribe and put them into the bloodstream so to speak. And it has to be the highest and best practices and I think what this does is just make sure we have the uniformity that everybody is on the same page,” Galvano says.

And Benacquisto says ushering this legislation through the process requires a careful balancing act since there are so many stakeholders involved—each with strong opinions about how the bill should be written.

“Everyone has an opinion about how we should solve this problem. And in taking in all of that input, it was clear to me every day, everyone has a different opinion about how to do this. And when I look at the best way to solve the problem going forward, it is to have one set of criteria, one education tool box through which our physicians and care providers across a broad spectrum deal with this crisis,” Benacquisto says.

The measure is awaiting a final vote in the Senate. Since Senators have approved changes to the bill, it would then head back to the House for another look.

An average of fourteen people die every day from opioid related abuse. That’s according to Stuart Republican Representative Gayle Harrell.

She’s glad to see a measure moving through the legislature that aims to curb opioid abuse. The House version ensures doctors and pharmacies use the PDMP or Prescription Drug Monitoring Program database before prescribing or dispensing an opioid. It also allows Florida to share its information across state lines to help cut down on so called doctor shopping. Rep. Jim Boyd (R-Bradenton) says another provision limits the number of pills a doctor can prescribe.

A measure in the House tackles Florida’s opioid crisis by rethinking how to regulate prescription medication. If successful, lawmakers hope the new set of rules can curb opioid abuse.

Cost Of U.S. Opioid Epidemic Since 2001 Is $1 Trillion And Climbing

The opioid epidemic has cost the U.S. more than a trillion dollars since 2001, according to a new study, and may exceed another $500 billion over the next three years.

The U.S. military’s Southern Command, or Southcom, hosted a summit of experts in Miami Thursday on America’s growing opioid crisis. Among them was Jim Walsh, the deputy assistant secretary of state for international narcotics.

Walsh told WLRN one of his big concerns is the growing potential for increased production of fentanyl – widely considered the most addictive and dangerous opioid. Walsh said in the past China has been the sole source of fentanyl. But there are signs it’s now being produced in this hemisphere:

Born In Crack Epidemic, Now Focused On Opioids, Broward Organization Gets An Update

After three decades, the United Way of Broward County Commission on Substance Abuse is changing its name to reflect a more holistic view of its mission.

At a 30th anniversary celebration in Fort Lauderdale on Thursday, the group announced it is rebranding itself as the United Way Commission on Behavioral Health & Drug Prevention.