The state’s blood donation centers are sending resources to Texas hospitals affected by Harvey, now a tropical depression. OneBlood is asking Florida residents to give now. 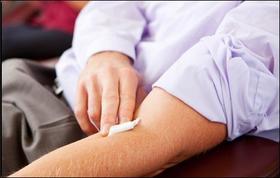 Catastrophic flooding from Harvey forced some of the hospitals and medical centers in Texas to close, or evacuate their patients. Now doctors are trying to manage routine surgeries and treatments, along with the added needs of those injured in the storm. OneBlood, which collects blood throughout Florida, is trying to help meet that need, says spokesman Pat Michaels.

“This was a monumental weather event that shutdown a large part of not only Houston, but a good portion of Texas. It’s very hard for them to have life as normal and certainly cannot collect blood. So that’s why we’ve stepped up to help,” Michaels said.

Michaels says natural disasters and other crises underscore the need for regular donations.

Whether it's a hurricane or some other disaster, Florida could be next in line, Michaels says.

"This is why we should always be prepared, not just for the hurricane season but everyday, because we never know when the next disaster will happen," he said.

Listen
Listening...
/
There's a growing need for blood in Southwest Florida during the summer months. A traditionally low point for demand in the area, blood banks say they're seeing the expected drop-off in donations every summer but no slowing of the demand.