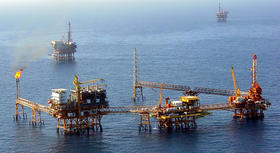 Despite U.S. Interior Secretary Ryan Zinke’s declaration last week that Florida wouldn’t be considered as part of a White House offshore oil-drilling proposal, waters near the state’s Gulf and Atlantic coasts may continue to be under review.

But that all depends on how to interpret comments from Walter Cruickshank, the acting director of the Interior Department’s Bureau of Ocean Energy Management. He told members of the U.S. House Natural Resources Committee on Friday that there has been “no formal decision yet on what’s in, or out, of the five-year program.”

“We are following the process conducting a full analysis of all areas included in the draft proposed program,” Cruickshank added.

Democrats quickly pounced on his statement that “no formal action” has been taken on Zinke’s announcement. Yet Cruickshank also said Zinke’s statement “stands for itself,” the secretary’s decision would be “reflected in the proposed program” and that Congress has treated Florida waters differently, noting a decades-long moratorium against oil drilling in an area of the eastern Gulf of Mexico used by the military for air and sea training.

Cruickshank had been asked why Florida was carved out of the plan, as governors and leaders of other coastal states have sought similar exemptions to the one Zinke announced after flying into Tallahassee International Airport on Jan. 9.

Zinke, appearing alongside Gov. Rick Scott at the airport, said Florida coastal waters would be removed from plans to open previously protected parts of the Atlantic Ocean and eastern Gulf of Mexico to oil and gas drilling. In making the decision, Zinke praised Scott, an ally of President Donald Trump, for working with the administration.

Scott hailed Zinke’s announcement, while some others questioned the quick decision and manner of announcement as an attempt by the Trump administration to further Scott’s political career.

In a release Friday, the office of U.S. Sen. Bill Nelson --- a Democrat expected to be challenged for his seat later this year by Scott --- said Cruickshank’s comment confirms that Zinke’s airport announcement was a “political stunt” and not an official policy.

The drilling proposal was introduced less than a week before Zinke’s trip to Tallahassee. Scott and Florida politicians from both parties voiced opposition to opening waters beyond the nation’s outer continental shelf --- a jurisdictional term describing submerged lands 10.36 statutory miles off Florida's west coast and 3 nautical miles off the east coast.

Sierra Club Florida Director Frank Jackalone called Cruickshank’s testimony an administration “flip-flop” that should be an embarrassment for Zinke and Scott.

“It also makes a mockery of the entire offshore planning process and this administration’s ability to do its job and responsibly manage America’s public lands and waters,” Jackalone said. “Zinke’s promise to take Florida ‘off the table’ was never anything more than a PR stunt to greenwash Governor Scott’s record, but Floridians won’t be fooled.”

Nelson has filed legislation to permanently ban drilling off Florida’s coasts and on Wednesday placed a “hold” on the confirmation of three Interior Department nominees, which he said would remain in place until Zinke rescinds the current draft five-year drilling plan and replaces it with a new draft that fully protects Florida’s coasts.

Asked about Nelson’s legislation on Thursday, Scott said he had not seen what was being proposed, but maintained his opposition to offshore drilling.