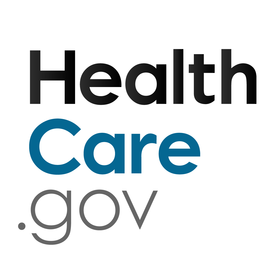 Once Donald Trump was elected president, Republicans in Congress realized their chance to repeal and replace the Affordable Care Act had finally arrived. The repeal process has already started. And while there is no replacement in sight for the foreseeable future the ACA’s healthcare exchange is still up and running and enrolling record numbers for health insurance in 2017.

"Open enrollment rolls until January 31. And after that time we run into a post-enrollment period, and that is for people who qualify for special enrollment periods that have qualifying life changes." said Monica Gonzalez, the statewide Navigator Project Manager for the Epilepsy Foundation of Florida. The Epilepsy Foundation provides health care navigators to 35 of Florida’s 67 counties. She says that when it comes to the future of the program, she knows about as much as we all do.

"Right now we don't know much. And we don't make policy as navigators and we don't want to speculate. What we are here to do is assist the public in enrolling in health care coverage and getting the best plans for them."

And while the majority of people will be able to be covered under the Affordable Care Act, there are some who will slip through the cracks. Florida is one of a number of Republican led states that refused to expand Medicaid under the ACA. That created a situation where some people fall into what’s called the Medicaid gap.  The Epilepsy Foundation’s Cecily Chundrlek is the Affordable Care Act organizer for the four western panhandle counties. "If they fall into the gap and they don't qualify for Medicaid, then we would refer them to outside agencies that would be able to help them with their medical needs. Community resources where they can get health care such as Escambia Community Clinics, or any of the other clinics in the area that offer sliding scale [fee] based health care."

Chundrlek says one of the challenges of being a navigator is overcoming some of the misconceptions about the Affordable Care Act, including the fact that yes, it can be affordable. "They believe coming into it that they are not going to be able to get a plan that they can afford that will fit their financial needs, whereas after we get them enrolled and educate them on what plans are available, they're very surprised that they can get a low cost plan, with the tax credit and cost sharing plans, that will cover their medical needs."

Once someone is signed up for a plan on the exchange that’s not the end of the navigators job. Monica Gonzalez says they are available to help clients year round. "A lot of people who are signed up for a marketplace plan may be getting correspondence from the health care marketplace, not know how to comply with a request, how to upload supporting documents that they need. Your navigator will be able to assist you year round with any of these challenges, any of these questions and any of these concerns. So we're not going away after January 31st."

To contact a health care navigator through the Epilepsy Foundation of Florida you can call 877-553-7453. And the foundation reminds you that no one in your family needs to have epilepsy for you use this service.

President-elect Donald Trump said he's finishing a plan to replace the Affordable Care Act with a proposal that would provide "insurance for everybody," according to a report by The Washington Post.

As their first major act of the new Congress, Republicans rushed approval of a budget resolution this week that sets up a framework for repealing Obamacare, but what exactly to replace it with is still a puzzle Republicans are piecing together.

And it could take a while.

Congress is on the cusp of completing the first — and by far the easiest — step toward gutting President Barack Obama's divisive health care law.

Friday's vote in the House would adopt a House-Senate measure to make it easier for a subsequent "Obamacare" repeal bill to advance through the Senate without the threat of a Democratic filibuster.

The Senate early Thursday passed a measure to take the first step forward on dismantling President Barack Obama's health care law, responding to pressure to move quickly even as Republicans and President-elect Trump grapple with what to replace it with.

6 Lesser-Known Obamacare Provisions That Could Evaporate

The outcome of the repeal-and-replace Obamacare debate could affect more than you might think, depending on just how the GOP congressional majority pursues its goal.

Beyond the Affordable Care Act's marquee achievements like guaranteeing health coverage for people with pre-existing conditions and allowing children to stay on parents' plans until age 26, the roughly 2,000-page law created a host of other provisions that affect the health of nearly every American.