The Centers for Disease Control and Prevention are updating their guidance for pregnant women regarding the Zika virus. The new information means asymptomatic pregnant women don't have to get the commonly used IgM test. The announcement comes as public health officials are increasingly worried about the risk of false positives. 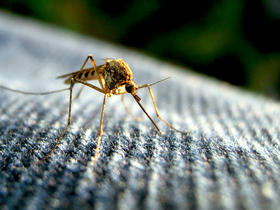 According to the new CDC guidance, what testing pregnant women should pursue, if any, depends on if they have symptoms of the Zika virus, and if they were exposed either through sexual contact or by traveling to an affected area. The agency says all pregnant women should speak with their doctor about the virus and their exposure. But those who aren't showing symptoms, even if they've possibly been exposed, are not routinely recommended to get the IgM test. Karen Harris, chair of the Florida chapter of the American Congress of Obstetricians and Gynecologists, says that's because of concerns about the efficacy of the test, not because the virus has become any less dangerous.

“Testing of IgM can linger for weeks now. So when you test someone early in pregnancy with IgM, we truly don’t know when they acquired the virus. So you could tell someone that they have an exposure in pregnancy, but they really didn’t. It happened months prior,” Harris said.

Patients who had the virus in the past and have recovered may get a false positive, leading them to believe, incorrectly, that their pregnancy may be affected.

"Then we scare women. And women will intervene in their pregnancies unnecessarily when they really haven't had an exposure during the pregnancy," Harris said.

Harris hopes the new guidance will discourage the use of the less accurate test, and decrease the number of false positives. That, she says, will mean better outcomes for pregnant women.

"I think the new guidance is very helpful. IgM testing is just fraught with problems. And this new guidance really does reinforce that," Harris said.

Pregnant women with ongoing Zika exposure, even asymptomatic patients, are still encouraged to get the nucleic acid test, which is believed to be more accurate. According to the Florida Department of Health, there is no active, ongoing transmission of the virus by mosquitoes in the state at this time. The CDC encourages patients and their doctors to work together to develop any testing and treatment plans, by balancing the patient's values with possible risks.

A Cure Worse Than The Disease? Despite Questions On Pesticide's Safety, Naled Spraying Continues

When he had a landscaping business, Bob Hartmann grew 200,000 orchids and thousands of other plants on his three acres in Southwest Ranches, about 15 miles southwest of Fort Lauderdale.

Florida has reported six additional cases of the Zika virus during the past week, bringing the total to 113 in 2017, according to numbers posted Monday on the state Department of Health website.

Zika is a scary virus because of the terrible birth defects it can cause. Now scientists have a clearer sense of the size of that risk.

The U.S. Centers for Disease Control and Prevention identified 2,549 pregnant women with the Zika virus in Puerto Rico and other U.S. territories between Jan. 1, 2016 and April 25, 2017. The CDC found that 122 of these women — about 5 percent — gave birth to babies with birth defects such as small heads (known as microcephaly).