A new multifamily housing development in the works will make 80 affordable apartment homes available to the homeless, disabled and low income people in Jacksonville’s Westside.

Representatives from the City of Jacksonville, Ability Housing, JPMorgan Chase and the Florida Housing Finance Corporation broke ground at the development, known as Village at Hyde Park on Thursday morning.

“We are all here today because we share the belief that housing should be a right, not a privilege,” said Shannon Nazworth, President and CEO of Ability Housing. “Today, Jacksonville faces a significant shortage of rental homes for our hardworking neighbors that cannot afford market housing. A year from now, 80 of those families will have a safe, stable and affordable place to call home, and that place will be called Village at Hyde Park.” 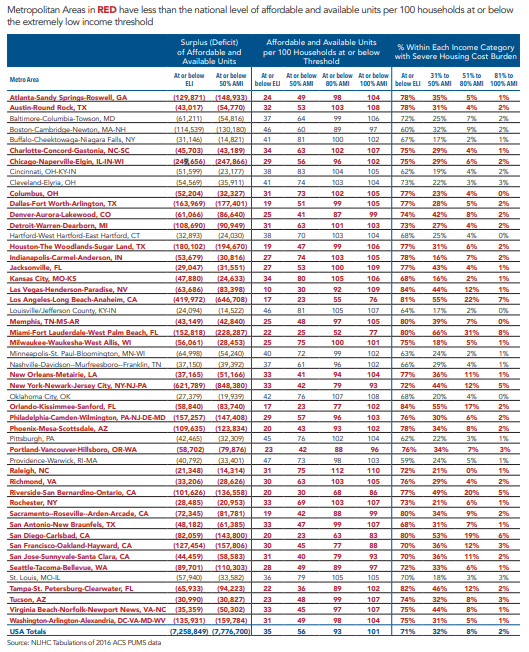 “In Jacksonville we have over 2,500 homeless folks who actually need permanent supportive housing,” said Greg Matovina, Chairman of the Ability Housing Board of Directors. “Those are people who are chronically homeless and there’s a huge need in Jacksonville for this type of place for them to live.”

“We have an affordable housing crisis here in our city,” said Garrett Dennis, City Councilman District 9. “It’s something that hasn’t happened overnight, but I truly believe that we haven’t focused enough resources towards stamping that out. We have a large population, here in Jacksonville, that’s working poor. They have full time jobs but they just don’t make enough money to afford decent, sanitary housing. And I just commend Ability Housing. They’ve been on the forefront of trying to stamp out homelessness as well as having decent affordable housing here in Jacksonville.”

Demographic set asides for the development require at least 50 percent of the tenants to be homeless and 50 percent to be disabled. Twenty percent of those tenants are also required to be chronically homeless.

Bottom line: Most of the tenants will be homeless and disabled in some way, but not necessarily all.

Matovina says once construction is finished the Homeless Coalition will evaluate applicants and their needs before referring them to Village at Hyde Park.

“Our only requirement, for somebody to live here, is that they sign a lease and they abide by the terms of the lease,” he said. “So we’re not necessarily here to change their habits, we’re here to provide them with a home. And as long as they follow the rules of the lease and do what they’re supposed to do they can continue to live her.”

Residents will typically pay 30 percent of their income, according to Matovina.

“In the beginning, if they have no income, we have other resources to help supplement their rent,” he said. “And then ultimately we hope to bring some services in so perhaps if they’re disabled we’d be able to get them some SSDI income. But their rents could be as low as $200 to $300 a month.”

Otherwise, leases at Village at Hyde Park will be like leases at any other apartment complex. If they do something illegal they can be evicted.

The cost of rent will be based on Housing and Urban Development’s annual income and rent limits for tax credit projects in Duval County. 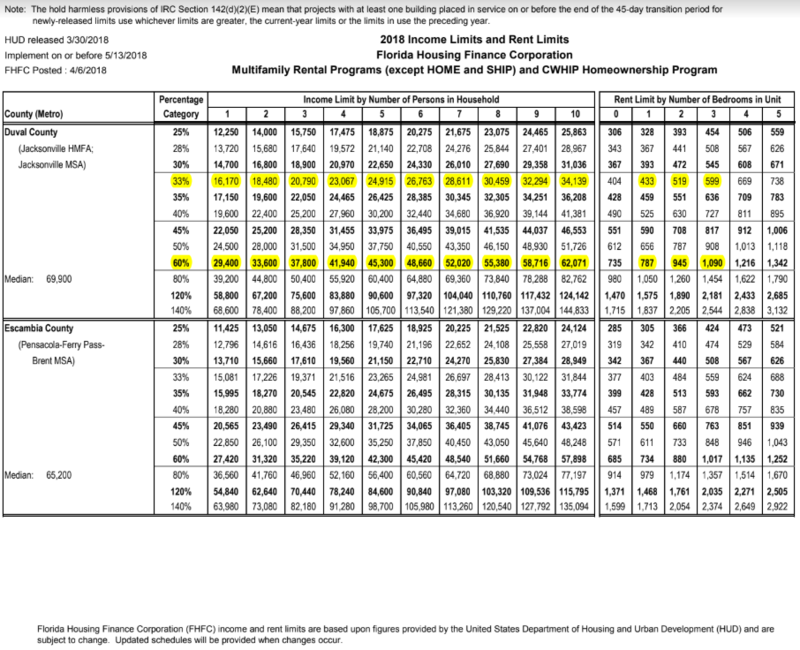 Most of the tenants will have case managers, and they will be notified if the tenant doesn’t pay rent or does something wrong. While officials say Ability Housing will be lenient and forgiving when it comes to rent, they won’t let someone live there indefinitely without paying.

“The old model of dealing with homeless people was to put them in a transitional housing situation and then try to bring in people to get them to change their behavior. But there was a time limit to that program and if they weren’t able to turn themselves around in that time limit they just ended up back on the street,” Matovina said. “Although that model had some success rate, the housing first model is a much better model for dealing with the chronically homeless. Because when you put them in a house they have a sense of security. They’ve got a one year lease, now they can start to embrace the services that they need to change their life.”

The 5.17 acre property Village at Hyde Park will be built on was bought by Ability Housing for $450,000 in December of 2017. The project architect is Forum Architecture & Interior Design and Sauer Incorporated is the general contractor.

“The health of our state, local communities and our future prosperity are on the line when Floridians lack access to affordable housing,” said Mel Martinez, Chairman of the Southeast U.S. and Latin America for JPMorgan Chase & Co., retired U.S. Senator from Florida and the 12th Secretary of Housing and Urban Development. “We’re investing in this region because we see local leaders and organizations like Ability Housing working together to increase affordable housing options for local residents.”

JPMorgan Chase has invested more than $700,000 in Ability Housing over the last four years to support their affordable housing programs in Florida.

Construction on Village at Hyde Park is scheduled to begin in November and work is expected to be finished within 12 months.

In recent years, the City of Fort Lauderdale has faced heavy criticism for its treatment of homelessness, including of a long-running legal dispute it's had with groups distributing free food in public spaces.

People experiencing homelessness in Miami now have access to a new bathroom after the city  opened on Wednesday its first permanent toilet in Downtown.

A controversial city of Fort Lauderdale ordinance banning the sharing of food with homeless residents in a city park was dealt a blow by a federal appeals court Wednesday. The decision declared food sharing as protected by the First Amendment, and sent the case back to a lower court to decide whether the city violated the right to free speech.

The lower court had previously sided with the city.