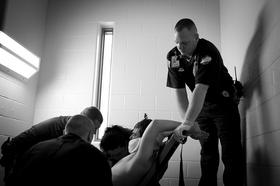 A major overhaul of the state’s mental health system died when the Florida Legislature adjourned early.

Both chambers seemed ready to revamp the delivery of mental health and substance abuse services. The bill’s main focus was changing the way those services are administered in order to better coordinate care among agencies.

The Senate passed its version of the bill and sent it to the House. The House, on what turned out to be its final day in session, made changes to the Senate bill. Afterward, Representative Gayle Harrell (R-Stuart) hailed the overall legislation.

“We’re going to make the most significant changes in mental health and substance abuse since the Baker Act was passed 41 years ago,” Harrell said. “This is a huge initiative, and it’s a well thought out bill. It’s a compromise bill between the House and the Senate.”

Unfortunately for bill supporters, the House made changes to the bill right before leaving town -- leaving its amended fate to the Senate. The sponsor of the Senate bill, Senator Rene Garcia (R-Hialeah), said those changes made the bill “less than adequate.”

“If we're going to do something that’s going to benefit the residents of this state and those individuals that are suffering with behavioral health or substance abuse, then we must do it right,” Garcia told senators. “We can’t just simply pass a bill because the House of Representatives or the leadership in the House is saying take it or leave it.”

Margie Menzel with WLRN’s partner News Service of Florida covers children and family issues. We asked her what happened to the bill that seemed promising until the final week of the legislative session.

Why couldn’t Sen. Garcia and other senators live with the House bill, especially since they knew the House was done for the session?

Well, first of all, (the House) rejected a provision that he called "dear to my heart" that would have merged the Baker Act with the Marchman Act. Most people are familiar with the Baker Act. It allows for the involuntary commitment of Floridians who are undergoing a mental health crisis. The Marchman Act would allow the same involuntary commitment for those who are undergoing a substance abuse crisis, and Garcia considered it very important to the legislation.

Then he went on to say that while the House had moved closer to the Senate's concept of coordinating the care, their amendment was "ambiguous" about how that coordination would occur. He said he’d seen a lot of legislation where it wasn’t adequate, and lawmakers would say we’ll fix it next year, and then it would never happen.

So, rejecting that bill as the House had amended it was kind of a symbolic vote.

Can you give us an idea of why was the coordination of efforts (for services) is so important?

It’s a relatively small number of Floridians with mental illnesses who use the system the most. They’re the ones who are most prone to joblessness, homelessness and incarceration. They’re the ones who cycle through the criminal justice system. The bills were aimed at overhauling the way services are delivered to those people so as to spread the money around better.

Miami Judge Steve Leifman, who’s known for his long-standing efforts to better address the problems of mentally ill inmates, says Florida currently spends between 20 and 30 percent of its adult mental health budget on trying to restore competency for about 2,500 people -- when the state has roughly 150,000 people who need mental health treatment at the time of their arrests.