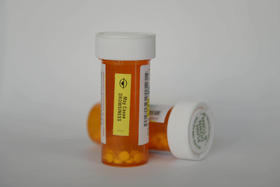 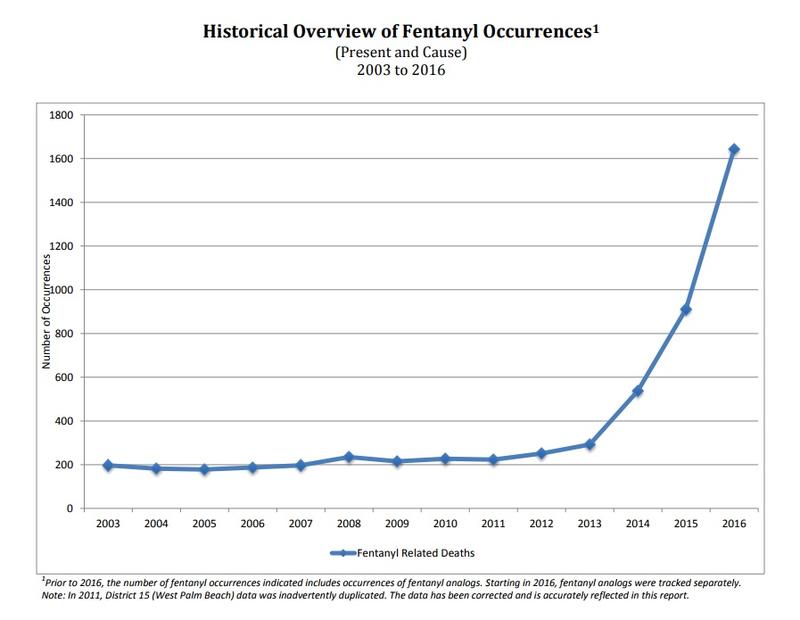 While legal and illicit opioids are found in about half of the total cases, the examiners report significant increases for other drugs, too.  Cocaine caused more than 1700 deaths—almost 800 more than 2015 figure.  The examiners are also pointing to disturbing trends with drugs like Xanax and Valium, known as Benzodiazepines.  That class of drug accounted for roughly 1,400 deaths.

Meanwhile, a Florida Senate committee is considering the criminal justice side of the opioid epidemic.

“Incarceration may satisfy a punitive impulse,” Julie Warren from Right On Crime says, “but it will not cure the abnormality in the brain caused by opioid addiction.” 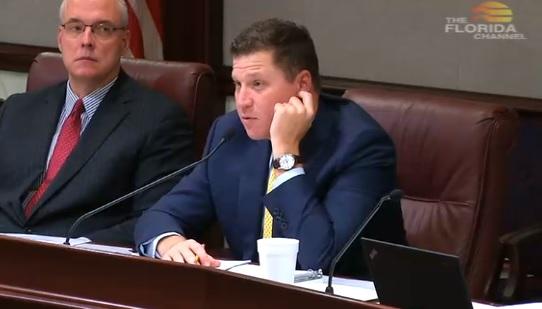 The conservative organization pushes state lawmakers to reconsider the “tough on crime” approach to drug laws popular in the 1980s and 90s.  They have a receptive ear in committee chairman Jeff Brandes.  The St. Petersburg Republican Senator is backing a measure allowing judges to reduce mandatory minimum sentences in certain circumstances.

Right On Crime and a handful of service providers are pitching a number of reforms including diversion programs like drug courts and increased access to drug treatment in jails.

“The individual in the jail needs to have options,” she says, “because Vivitrol doesn’t work for everybody.  Some people don’t want to stay on the opioids, so they don’t want methadone or [buprenorphine].  Some do—so they need to be able to, with their medical staff, choose what’s best for that person.”

Vivitrol blocks opioid receptors in the brain but patients have to go through detox before using it.  The other two common treatments are opioids themselves, used to ween a person off another drug.  All three treatments combine counseling with medication.

A highly anticipated report from Florida's medical examiners shows dramatic increases in all types of drug-related deaths, including a 97 percent increase in deaths caused by the synthetic opioid fentanyl.

Dr. James Gill walked through the morgue in Farmington, Connecticut, recently, past the dock where the bodies come in, past the tissue donations area, and stopped outside the autopsy room.

A street pill that looks like it came straight from the pharmacist is causing deaths in Orlando. State law enforcement officials discovered the so-called super pill recently, and they are warning residents to keep from buying pain killers on the black market.

Doctor Warns Next Report On Opioid Deaths Will Be Staggering

Florida’s medical examiners are warning the death toll from opioids is likely to spike as official data is released.  The most recent reporting doesn’t reflect the impact of some of the deadliest synthetic drugs.