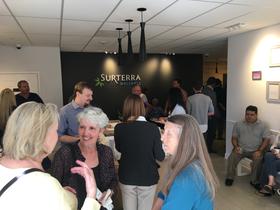 The medical marijuana company Surterra Therapeutics is urging state health regulators to take steps to allow edible cannabis treatments.  But the roll out for those rules could still be far off on the horizon.

This is Surterra’s Tallahassee wellness center.  The dispensary has been open for a few months but recently celebrated its grand opening.  The bright white walls are gleaming and boxes of donuts are piled on a large table just inside.  About thirty patients are milling around, drinking coffee and checking out the different treatments.

“You know cleaning the house is exciting because I can do it,” Kathie Reeves explains.  “You know changing the sheets on my bed all by myself—I can do it.”

Another patient, Brian Griffin says, “We’ve had our grandchildren live with us a couple different times, and I wasn’t even able to take care of them.”

“I couldn’t take my grandson outside to play with him,” he goes on, “and now I’m able to get up and go and do things.  It used to be I wouldn’t have been able to come to this.”

“I started in July,” Nicole Hill says, “and today I’m 20 days seizure free, which is a big deal for me.”

They all offer variations on a testimonial that has become familiar over the past few years: conventional treatments for chronic conditions limited their quality of life, and they feel much better now that they’re using cannabis instead.

Hill explains her new routine, “I decided that I want to do the oil for me because it’s more measurable, and I need a therapeutic level.  I don’t want peaks and valleys.”

She keeps a vape pen handy in case of emergencies, and she uses a journal to track her symptoms. 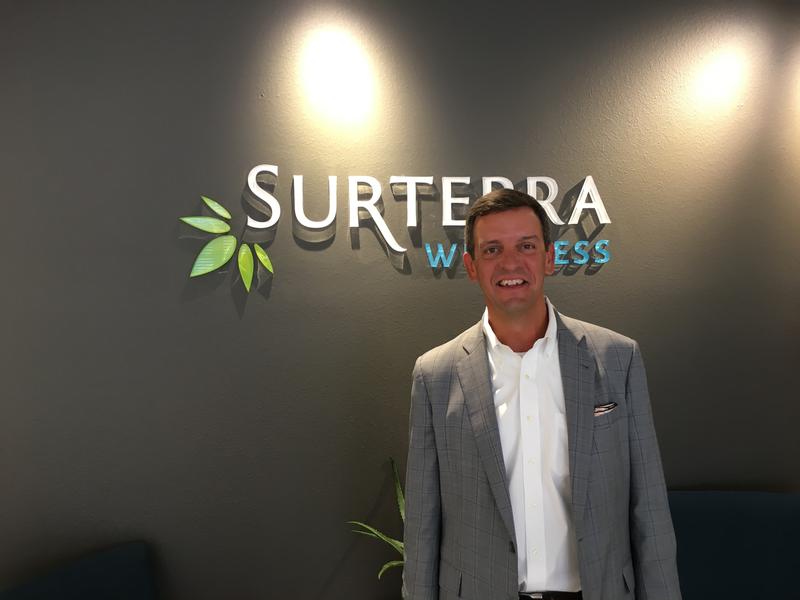 “We’ll be coming to market with edibles as well,” he adds.  “You may have seen some things in the press that we’re waiting for some rules to be written on edibles so that we can go ahead and bring those to patients who need them.”

While existing routes of administration work for Hill, Griffin and Reeves, many supporters argue some patients need edible treatments.  Detractors worry edibles could be harmful to children, but the law does allow them—once regulators make rules.

Surterra sent the state a petition for rulemaking September 29 with a draft rule attached.  Regulators don’t have to follow Surterra’s lead, but the provisions are standard fare: labeling requirements, ingredients list and expiration dates.

The rulemaking process is a well-defined procedure with specific time frames for issuing proposals, taking public comments and finalizing drafts.  Once that’s done, the whole thing is subject to challenge in an administrative court.  Those steps are part of why it took Florida two years to deliver treatment under a medical cannabis measure approved in 2014.

When it comes to regulating edibles Cetel says a number of states are experimenting but their approaches vary.

“They haven’t perfected it yet,” he says, “and I always like to draw this analogy to the regulation of alcohol.”

He explains prohibition ended in 1933, and 80-odd years on, there is a shifting patchwork of laws governing alcohol across the country.

The Office of Medical Marijuana Use in the Department of Health regulates Florida’s burgeoning cannabis industry.  A spokeswoman refused an interview request, but explained in a statement the office is working to implement all the new law’s requirements—including rules for edibles.

There’s no timeline for those rules but there is a deadline for adding 10 new growers.  That deadline was October 3.  The office says Hurricane Irma and litigation delayed its work.  They were only able to select five new licensees in time.

Agency Pushed To Give Go-Ahead To Edible Marijuana

A medical marijuana operator is demanding that the Florida Department of Health develop a regulation so vendors can begin processing and selling edible marijuana products to patients.

Health officials won't be able to meet a legislatively mandated Tuesday deadline to hand out five new medical-marijuana licenses, the head of the state's Office of Medical Marijuana Use said Friday.

Cities Face ‘All Or Nothing’ Choices On Medical Marijuana

Florida cities and counties are in a dilemma about pot.

State lawmakers approved regulations in June that left city and county officials with a Hobson's choice about the sale of medical marijuana in their communities.

The Florida Department of Health has chosen five new marijuana growers in the last few weeks.