After being delayed twice a proposal restricting physician prescribing powers for opioids is once again moving in the senate. It’s part of a wide-ranging proposal to address overdose deaths, which have jumped in Florida and across the nation in recent years. 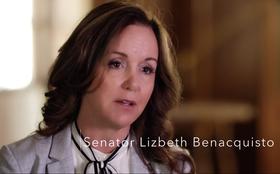 Opioid abuse is a national emergency. As well as a growing crisis in Florida. And at the root is decades of lax prescribing that led to a proliferation of drugs like oxycodone becoming readily available. In 2011, Florida cracked-down on so-called pill mills, resulting in an immediate drop in overdose-related deaths, but that is climbing again, spiking, as people who once used prescription drugs and got addicted to them, have turned to alternatives, like heroin and fentanyl. A Senate measure would further limit the availability of prescription opioids partly by restricting physician prescribing powers.

“Senate Bill 8 proposed a three day supply limit on the prescribing…for the treatment of acute pain associated with surgery, trauma or acute illness.  The proposes a seven day supply may be prescribed if the prescriber…believes it is medically necessary," Sen. Lizbeth Benacquisto, R-Ft. Myers, told the chamber's rules committee Thursday.

A doctor would have to document the condition and explain if there’s a lack of alternatives. The Florida Medical Association‘s Scott Powers says he agrees with limiting prescriptions in order to limit availability of the drugs, but he says the three-to-seven day supply limit may be too short a window, especially for certain types of patients.

“There are many situations on which more than a seven-day supply is medically indicated, and valid reasons why exceptions for cancer treatment, hospice care surgery and trauma cases should be adopted. We ask that you follow the lead of the majority of states that have crafted a solution that allows physicians to treat all patients properly," said Powers.

It’s something Benacquisto acknowledges is a problem, and says she’s working with the governor’s office and house to come up with a compromise.

Senate Bill 8 doesn’t just limit prescriptions. It also mandates more reporting to the state’s prescription drug monitoring database, allows data from the database to be shared with other states, and requires providers to take a mandatory class and receive a yearly certification for it.

Meanwhile, others see the increased conversation around addiction as opportunity.

“I typically stay in my lane," said the Florida Cannabis Association's Jodie James, "but as cannabis becomes a regulated industry you’re going to see more of us.”

She argues medical marijuana could be used as an alternative to pain management practices and “we have found that in states with robust cannabis programs that we can reduce opioid deaths by 25 percent. So if you start by one less out of four everyday by expanding our medical marijuana program, I think that’s an intended consequence you can all live with.”

Still more are pushing for increased funding for foster care to address a system advocates say is bursting at the seams when caretakers overdose and leave children behind.

Florida lawmakers want more people to be able to report drug or alcohol overdoses without fear of retaliation. The effort comes after the high-profile death of a college student, and as the state’s opioid-related deaths continue to rise.

Autopsy: Florida Boy, 10, Had Fentanyl And Heroin In System

An autopsy has confirmed that a 10-year-old Florida boy is among the state's youngest victims of the opioid crisis.

Drug overdose deaths are going up in Broward County.

Deaths from opioid overdoses topped 520 in 2016, according to the county Medical Examiner's Office. That’s about 10 a week.