An openly gay lawmaker is once again trying to put an end to conversion therapy in Florida. For years, Representative David Richardson, a Miami Beach Democrat, has been trying to pass a ban on conversion therapy. That’s the practice of attempting to change someone’s sexual orientation or gender identity. 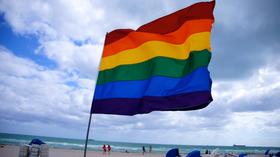 The mainstream medical community discredits the so-called therapy, which is why Richardson hopes to prevent licensed medical professions from engaging in the practice.

“I want it to be eliminated 100%. So I want to send a message that this therapy, which is not therapy at all, should not be and will not be engaged in in the state of Florida,” Richardson said.

Richardson says the process can be traumatic, especially for young people.

“In many cases, the sessions are designed to shame people, because of the thinking that they have, that they were born with. And that’s very damaging,” he said.

But leaders in the state Legislature have repeatedly blocked the bill, without hearing any discussion or taking any votes.

The Key West City Commission plans to vote on a proposal to make conversion therapy a crime.

Miami Beach is the latest city in the country to ban a controversial form of therapy that professes to change someone's sexual orientation or gender identity.
The city commission voted unanimously Wednesday night to ban conversion therapy for minors under the age of 18.  And from now on, anyone caught practicing it might be slapped with a fine of two-hundred dollars a day.
Miami Beach Commissioner John Elizabeth Alemàn sponsored the ban.

Boxes and stacks of wedding RSVPs crowd Kelly Bardier and Jaci Pfeiffer’s suburban Orlando dining room. The couple is getting ready to tie the knot in Cocoa Beach. Their dogs Sophie and Sadie jump about.