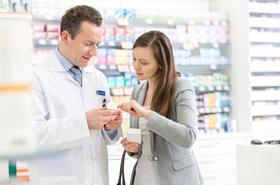 A legislative effort to allow pharmacists to issue flu tests to sick Floridians is on hold for now. It comes at a time when health officials say this year’s flu season is just as bad as the swine flu epidemic nearly a decade ago.

Already, in Florida, there have been more than 300 flu outbreaks so far, and 14 people have died from the flu. And, given the severe flu season,  Sen. Jeff Brandes (R-St. Petersburg) says he wants to help address that.

“This legislation has the ability to save lives and provide access to treatment for Floridians unable to see a physician,” he said. “According to the Department of Health, Florida has seen more outbreaks reported this year than in previous seasons.”

So, he filed a bill to allow pharmacists to test and treat for the flu that’s in line with what physicians do. Brandes says that’s similar to what’s in place now for immunizations.

“To be eligible to test and treat, the pharmacist must complete a certification program, maintain at least $200,000 of professional liability insurance, maintain patient records for at least five years after treatment, use a testing system that meets federal standards and integrates certified electronic technology, provides the results of the test to the doctor, designated by the patient, and report the existence of the disease of public health significance to the Department of Health,” he added

Brandes’ bill previously allowed pharmacists to test for flu and strep throat infections, but he narrowed the bill to just the flu.

And, while Florida physicians groups approve of the change, they still oppose the measure.

“Flu itself doesn’t kill people,” he stated. “It’s the complications of that flu, like pneumonia or the risk that’s puts them for heart disease, that kills people. And, this is what, in my opinion, a pharmacist is not trained to screen out. If somebody comes to the pharmacist, and they test them positive for the flu, and they say,’ oh, I got the flu,’ and they go home and they really have pneumonia, they’re not really getting the appropriate treatment.”

And, Brandes’ measure also received pushback from his fellow colleagues. While she says she’s not questioning the good work pharmacists do,  Sen. Dorothy Hukill (R-Port Orange) says she can’t support the bill.

“The bill clearly changes the scope of practice with regard to diagnosing, testing, and screening, and I understand how we want people to receive treatment,”. However, we are giving the right to certain persons who have not been trained to do things that they have not been trained for. And, I think ultimately, that does a disservice to the public.”

“The pharmacist may not know their medical history, not know anything about their lives, they walk in, they have the simple test, and if it’s that simple that I could do it, you just know that they’re going to be able to prescribe the TamiFlu,” she stated. “They’re not going to go to the doctor. And, without knowing that patient’s medical history, they’re ongoing chronic health concerns, it concerns me that the TamiFlu might not be enough, and they may not be able to get through what is a bout with the flu with their ongoing medical conditions, and that’s where I have a problem with it because the flu is becoming so severe.”

But, some pharmacist groups say this practice is already going on in other states, and pharmacists are trained in patient assessment. And, they say this bill doesn’t prevent them people from going to a doctor. Florida Retail Federation’s Melissa Ramba represents all of the pharmacy chains in the state.

“This will give access to care,” she said. “It is a simple test, and TamiFlu is best used within 48 hours of the first symptom. I don’t know about you, but my first symptom doesn’t send me directly to the doctor. What this bill doesn’t do: It doesn’t prohibit anyone from going to their doctor. If I got the flu test, and they gave me TamiFlu, and it wasn’t working, I’d probably still go to the doctor. I take my child to the doctor. I would not just depend on this one test from a machine.”

Meanwhile, Brandes says he has decided to put the bill on hold for now. But, he adds he’s not giving up, and he’s planning to work on some of the lawmakers’ concerns and bring the measure back in the future.

A nurse's Facebook rant about the "cesspool of funky flu" in a Pensacola area emergency room waiting areas is getting a lot of attention.

CDC: Flu Season Getting Even Worse, Especially For Children

The current flu season is still getting worse, federal health officials said Friday. And it continues to take a toll on children.

The Centers for Disease Control and Prevention reported an additional 16 flu deaths among children, bringing the nationwide total this season for youngsters to 53.

Got Your Flu Shot Yet? Consider This A Reminder

Marian Smith somehow missed getting a flu shot this year, which is unlike her — in the past, she always got one.

The 58-year-old Washington D.C. resident says it was easier to remember to get it when the vaccine was provided at a clinic at work. But now the clinic is a bus ride away, and getting the shot wasn't at the top of her mind.

"Of course, I could get it right here at the grocery store," Smith tells NPR, as she rushes to pick up her lunch. "But I just didn't get it — I don't know, I can't tell you why."

The flu has forced one school in Pinellas County to close and others in the Tampa Bay area to send warnings home to parents.