Florida lawmakers are once again trying to reform the state’s food stamp program, which has more than doubled since the Recession. But unlike in previous years, the Republican-led effort could be making some in roads with Democrats. 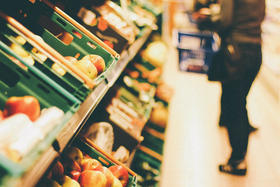 During the Great Recession, Florida expanded who could qualify for SNAP or food stamps as unemployment passed 11%. The number of recipients has more than doubled since 2000, to 3.2 million people. 1.3 million are children. Now that unemployment is back down to 4.1%, Republican Representative Gayle Harrell thinks SNAP enrollment should drop too.

“We’ve moved out of the Recession and people have been able to get jobs and we see the job rate increasing. But we do not see the reduction, the commensurate reduction in people receiving SNAP,” Harrell said.

Representative Frank White, a Pensacola Republican, is once again trying to change that.

There are some exceptions to that asset limit, which is higher than the federal cutoff.

“Also again it only looks at countable assets.  So assets of Floridians on food stamps like a home, like a couple vehicles below $8500 in value, like a work truck or any other equipment that’s used in income producing trades, those sorts of assets are excluded from the count," White said.

Most adult recipients have to be working or looking for work a set hours per week, depending on their physical ability and number of children. But even as overall unemployment is dropping, it’s still very difficult for some recipients to get a job. Bruce Ferguson with CareerSource Northeast Florida says lack of education is an issue.

“When we TABE test, that test of adult basic education, we are hitting 3rd and 4th grade reading levels. That is a long process to get that up to a point where they can apply for jobs, to even apply for a job and be eligible,” Ferguson said.

Criminal records are a barrier too.

“It was shocking to us that something as simple as $100 bounced check at some time in your past that you didn’t deal with, that’s a felony in the state of Florida. It’s a bigger deal than you would imagine,” Ferguson said.

Which is why White is including in his bill a pilot program for regional workforce boards to focus on people who face the greatest obstacles finding a job.

“It’s more bodies, it’s more training and more direct assistance to those who have the hardest time getting off food stamps, temporary cash assistance, other programs, and getting into work,” White said.

That part of the bill is winning over some surprising supporters, like Karen Woodall. She heads the Florida center for fiscal and economic policy, and her progressive stances mostly put her at odds with the capitol’s Republican leadership.

“Unlike last year, I’m actually here to support Representative White’s legislation. I appreciate you’re not including the areas we were most concerned with last year and for incorporating the in-depth work through the workforce boars to really get to what’s keeping people from getting jobs and getting placement. We think that’s very important,” Woodall said.

Unlike last year, the bill won’t lower the income threshold to qualify. That could win more supporters as the measure moves forward. At its first committee hearing, Democratic Representative Barrington Russell voted for the bill. Three democrats voted no, and another didn’t vote. The bill has two more stops before the house floor.

The delivery of federal food benefits for millions of low-income people is likely to change after the U.S. Department of Agriculture announced Tuesday it'll allow states more flexibility in how they dole out the money.

There is still a chance for some people to sign up for D-SNAP disaster food assistance in the wake of Hurricane Irma.

Need To Register For Disaster Food Stamps? Prepare To Wait In Line (And In Court)

On the first day of make-up registration for disaster food assistance, lines were long, while lawyers who were suing over how the program has been rolled out hashed things out in court.

As Floridians continue lining up for food assistance due to hardships caused by Hurricane Irma, state officials announced they intend to re-open enrollment in two South Florida counties to meet demand.