Lawmaker Looks To Give Locals Control Over Smoking 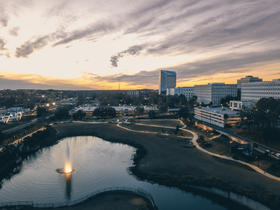 Much has been made this session about efforts by Florida lawmakers to take power away from local governments. But a measure is scheduled for a discussion on the Senate floor Thursday that would expand local control—in this case when it comes to tobacco use.

Right now, decisions about where smoking is allowed are left up to the state. But Senator Debbie Mayfield wants local governments to decide whether people should be allowed to smoke in public parks.

“This bill gives authority to the municipalities and the counties to further restrict smoking within the boundaries of any pubic park that they own. They will have the ability to establish smoking free areas and smoking permitted areas within those boundaries,” Mayfield says.

Hummel says second hand smoke is dangerous—even when outside. But there’s another reason he says he wants local governments to have more ability to limit smoking in public places.

“The second reason is more important to me as a pediatrician. Studies have shown that the single biggest factor influencing a teenager’s decision to start smoking is seeing other people smoke. Public smoking actually increasing the chance that youth in your community will choose to use tobacco. By restricting public smoking, communities can actually reduce the rate of youth tobacco use locally,” Hummel says.

St. Petersburg Republican Senator Jeff Brandes says he understands the desire to protect kids from second hand smoke, but has expressed concerns the measure could go too far.

“My concern again is that this is overly broad and that we’re saying again that all public spaces may be available to be non-smoking and while I understand different people may have different views on smoking, the last thing I want is somebody harassing somebody who is completely minding their own business 1,000 feet away from the next person,” Brandes says.

But Mayfield says a smoking ban would not be allowed to expand willy-nilly. She says her legislation applies specifically to parks—and she says there’s a definition for that.

“And the definition of park according to [state statute] means all public and private properties specifically designated as being used for recreational purposes and where children regularly congregate,” Mayfield says.

Meanwhile, David Cullen with the Sierra Club says the measure is self-governing because the public would push back if local governments created rules that are too stringent.

“This is a case of letting the market operate. If cities were to do that, and all of the smokers were sufficiently unhappy, they were leave the city and deprive it of its tax base,” Cullen says.

While Mayfield’s measure is moving forward in the Senate it does not appear to have traction in the House. The measure has not yet been heard in that chamber.

Lawmaker Looks To Save Money By Curbing Smoking

Would raising the age to buy tobacco products lower the cost of healthcare in Florida? One lawmaker thinks so.