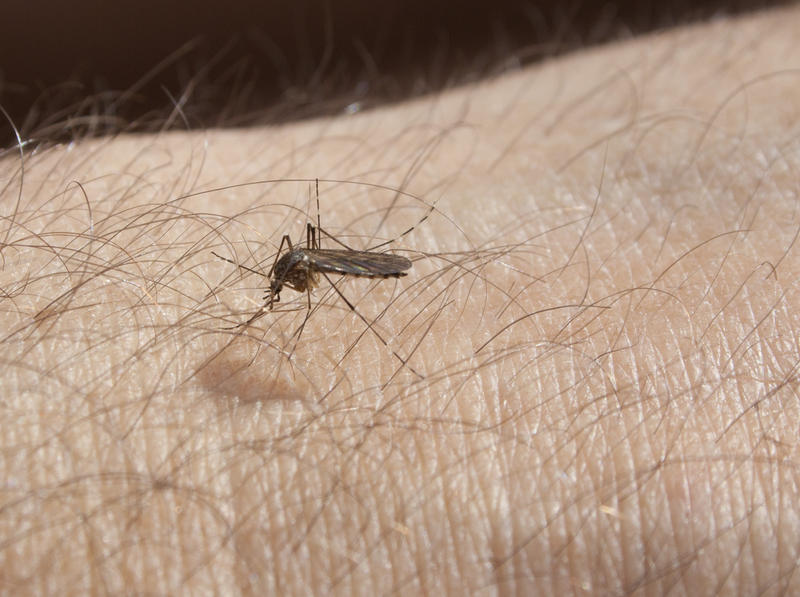 First Coast mosquito control workers are fighting a spike in the disease-carrying insects after Hurricane Matthew.

Both St. Johns and Duval Counties recently turned to aerial spraying to better combat the swarms that are attracted to standing water — but the two counties differed in the type of advance notice they've given residents.

Jacksonville's county-run mosquito control division uses a helicopter and fogger trucks to spray insecticides.  Its spraying schedule is posted online, with lists of neighborhoods and ranges of dates when the spraying could take place.

"Missions are typically flown during dusk or dawn," the site says.

Like St. Johns County, Duval uses the pesticide naled, which has been shown to be highly effective in killing the type of mosquito that carries the Zika virus. Hundreds of people in Florida have caught Zika, which is known to cause severe birth defects when pregnant women contract it.

The use of naled has drawn protests in Miami, but the Centers for Disease Control and EPA consider it safe to use in small amounts.

Still, she said, "We recommend that people not look up when we’re spraying.”

Mandarin resident Sara Kavalieros says she'd like to keep her 2- and 6-year-old children inside during the sprays.

"And we can only do that if we know it's coming," she said.

She says she saw the mosquito control helicopter flying low and spraying near the intersection of Loretto Road and San Jose Boulevard around 7:30 a.m. Wednesday, as a young girl stood at a bus stop eating a banana right below it.

"It's kind of disturbing," she said.

Jacksonville Beach resident Shana Loomar echoes Kavalieros's frustration over what she says is a lack of clear notice.

"I'm not checking the Duval County website regularly, and I doubt most people are," she said, adding she wishes the county would mail out notices or at least send press releases to local media before each planned spray.

St. Johns County's independent Anastasia Mosquito Control District turns to contractors for aerial spraying. When it recently hired a plane, the county warned residents to stay inside by sending notices to local media.

Christopher Bibbs with the Anastasia Mosquito Control District says, “We want to give everybody the option of being able to do that."

Unlike Jacksonville’s city-run mosquito control division, the Anastasia Mosquito Control District is an independent entity run by a five-member elected board.

U.S. health officials say they are ending their strongest warning to pregnant women to stay out of Miami's Wynwood arts district.

Osceola County Will Use Aerial Spraying To Control Mosquitoes

Miami-Dade Mayor Carlos Gimenez says that there are no plans to widen the aerial spraying of pesticides despite the expansion of an area where the Zika virus is being transmitted by mosquitoes.

Why Orange County Won't Use Aerial Spraying To Fight Zika

Orange County will refrain from aerial spraying of the insecticide naled to fight Zika, even if there is local transmission.

Several hundred concerned citizens attended -- and often interrupted -- a heated, last-minute Miami Beach City Commission workshop to discuss use of the pesticide Naled to control mosquitoes that may carry Zika. They say they're worried the pesticide is more harmful than the birth defects that can be caused by the virus.