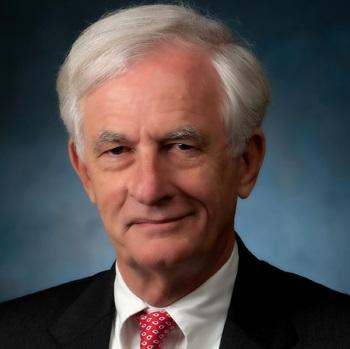 The City of Jacksonville is moving forward with plans to launch a lawsuit against pharmaceutical companies for their role in the city’s worsening opioid addiction crisis.

A new bill filed in directs the city’s Office of General Counsel to investigate claims against the companies and select an outside law firm to represent the River City in court.

Firm representatives laid out a list of options for city leaders pursuing legal action, saying Jacksonville could argue manufacturers engaged in deceptive marketing and that they violated the Florida Unfair and Deceptive Trade Practices Act by overselling opioids to doctors and minimizing the threat of addiction.

“We have innocent people dying every day. These are people and that’s what really irritates me about the pharmaceuticals. They had to know. It’s well documented. They did know that this was addictive and yet they sold it to the medical profession as not being addictive,” he said.

Health information company Castlight Health ranks Jacksonville No. 24 among U.S. cities for the percentage of opioid prescriptions that are abused and the Duval Health Department says the city is among the worst in Florida for babies born addicted to opiate drugs.

Jacksonville averages two deaths a day due to opioid overdoses and the medical examiner says there isn’t enough space to store the bodies of souls lost to the drug.

Gulliford said contrary to initial reports, it won’t be possible for cities to enter in class action lawsuits similar to ones mounted against big tobacco companies because there are too many variables between localities.

Gulliford said he’d like to use whatever money the city wins in a possible legal action to fund more prevention and treatment efforts.

The Powerful Pull Of Opioids Leaves Many 'Missing' From U.S. Workforce

Jonathan Guffey has chiseled youthful looks and, at 32, does not have the haggard bearing of someone who has spent more than half his life hooked on opioids. That stint with the drug started at 15 and ended — he says for good — 22 months ago. He has a job working with his family in construction, but his work history is pockmarked by addiction.

"I've worked in a couple of factories for a short amount of time, probably just long enough to get the first check to get high off of," Guffey says.

Patrick Kennedy has gone from lawmaker with an active addiction to mental health advocate.

From Alaska To Florida, States Respond To Opioid Crisis With Emergency Declarations

Public health officials and others concerned about the nation's opioid crisis are hailing President Trump's decision to declare it a national emergency. A Presidential commission on opioids said in its interim report that an emergency declaration would allow the administration to take immediate action and send a message to Congress that more funding is needed.

A 'Vaccine For Addiction' Is No Simple Fix

It's always appealing to think that there could be an easy technical fix for a complicated and serious problem.

For example, wouldn't it be great to have a vaccine to prevent addiction?

"One of the things they're actually working on is a vaccine for addiction, which is an incredibly exciting prospect," said Dr. Tom Price, secretary of Health and Human Services.