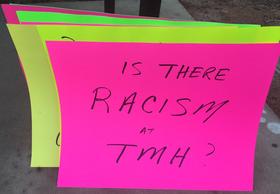 Holified says Tallahassee Memorial Hospital physicians should be seeing more Medicaid patients, since the hospital gets financial support from the city. And he’s taking issue with TMH’s Family Practice program which he says unfairly shuts out Medicaid clients.

Access to providers has long been a problem in Florida’s now-privatized Medicaid program.

Holifield also says the hospital has singled out only one of its physicians to serve the majority of Medicaid patients. TMH says it doesn’t comment on individual physicians, but notes half the clients in family care are Medicaid and charity care patients.

Over a five-year period, Florida’s Medicaid program overpaid private HMOs an estimated $26 million in monthly premiums for enrollees who had already died, according to a federal audit released Tuesday.

With Senate President Joe Negron, R-Stuart, saying he has a "strong interest" in the issue, a Senate panel on Wednesday will start studying the state's Medicaid managed-care program for seniors who need long-term care.

When Florida lawmakers new and old arrive for the annual lawmaking session they’ll be faced with a $25 billion issue: Medicaid. The state’s health insurance program for low-income Floridians just keeps getting bigger, despite continued efforts to control costs.