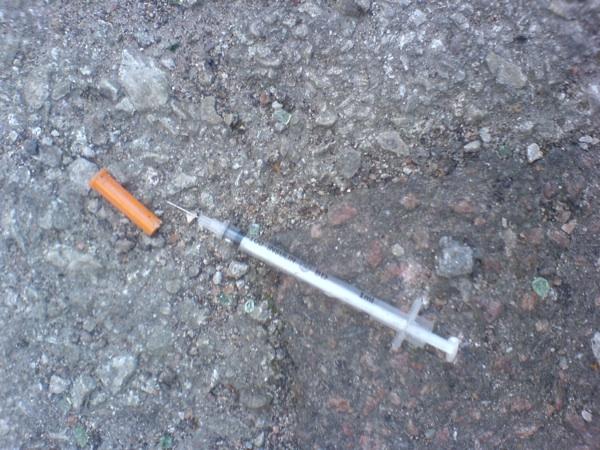 State health officials stopped in Jacksonville Wednesday to hear about how opioid abuse is affecting Northeast Florida. It was their fourth stop on a state tour, set up by Governor Rick Scott.

In Jacksonville last year, the overdose death rate was four times higher than the murder rate. But 27-year-old Tiffany Kerns isn’t part of that statistic. About five years ago she started using heroin. She condensed her story into two minutes and testified during the standing-room-only meeting in hopes of reaching someone who might be struggling with addiction.

“Just by hearing from an addict, someone who understands you, has always helped me,” she said.

Kerns  spoke about going into heart failure at 22, spurts of homelessness and having her child taken from her. Then she went to Gateway treatment center in Jacksonville.

“I now have a full-time job,” she said. “I know currently because of Gateway … my family does talk to me again and I do get to speak to my daughters.”

“The healthcare system is siloed,” he said.

His plan includes connecting addicts with trained peers in recovery, while using drugs that will reduce Fentanyl cravings and withdrawal symptoms.

“Fentanyl withdrawal is worse than you could ever imagine,” Pomm said.

And Pomm said while the number of overdose deaths from the medical examiner’s office has increased, the numbers are actually much higher because an autopsy isn’t given to every person who dies from opioids.

“Take the numbers, multiply it,” Pomm said. “We don't even know.”

He said he wants support from the whole community to help fund the pilot.

“Private, public, hopefully help from the federal and state government, private companies, hospitals, everyone,” he said. “When I say create a seamless network, I want industry involved in this. Their employees are being affected."

At the same time, Governor Rick Scott is declaring opioid use a public-health emergency. He signed an executive order Wednesday directing $27 million in federal funding to be distributed in communities like Jacksonville to prevent and treat heroin addiction.

Listen to this story on Redux

Gov. Rick Scott has declared a public health emergency across Florida for the opioid epidemic.

South Floridians poured into a community room at the West Palm Beach Police Department Monday for the first of four public workshops around the state on combating the opioid crisis.

The tour was announced in early April by Governor Rick Scott and Attorney General Pam Bondi.

Palm Beach County Commissioner Melissa McKinley summed up the feeling in the room.

The man had just risen from the dead.

He’s in his mid-20’s. Sitting on a couch in a house in Delray Beach. Pale as a ghost, sweaty, wide-eyed, disoriented.  Like he just woke up from a nightmare.

According to official records, more than 1,000 people in South Florida overdosed last year on opioids including heroin and carfentanil -- a drug so potent it’s used as an elephant tranquilizer.

The growing threat of the opioids epidemic is mobilizing law enforcement and community leaders to form new partnerships and collaborate in events such as last week's discussion hosted by Florida Atlantic University (FAU).

Grappling with a deadly drug scourge across the state, Florida senators Tuesday had an impassioned debate about whether the state should require mandatory-minimum prison sentences for fentanyl trafficking.

In an annual report released late last year, FDLE found deaths from drugs like heroin claimed 779 lives in Florida in 2015; an increase in more than 75 percent from the prior year.

More powerful opioids like fentanyl saw similar increases: over 900 deaths were linked to the super-potent painkiller, an increase of nearly 70 percent.

China is the source of deadly fentanyl that’s fueling an opioid overdose epidemic in South Florida and elsewhere in the United States.

That’s the finding of the new report released Wednesday by the U.S.-China Economic and Security Review Commission entitled Fentanyl: China’s Deadly Export to the United States.