Carbon monoxide poisoning from generators has reportedly killed five Floridians in the wake of Irma. Here are some ways to prevent exposure to the potentially deadly gas. 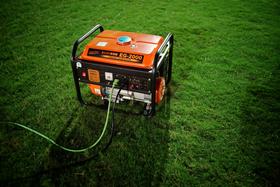 Health officials call it a silent killer: carbon monoxide is odorless and colorless. And the risk of poisoning is on the rise, as many Floridians turn on generators in the wake of Irma.

“So you need to place it away from the house at least five feet or more. Not near a door or window or air intakes. Again, if your windows aren’t sealed the gas can come in,” Stewart said.

“A low, dull headaches, muscle weakness, dizziness, shortness of breath, confusion, possible loss of consciousness. And it’s especially true when people are sleeping or if they’re intoxicated,” she said.

Stewart encourages neighbors to check in on each other.

"If you have neighbors that are elderly and they have a generator, please help them to be able to place their generators in a safe spot and go over periodically to check their fuel levels," Stewart said. "This really takes a community effort, for generator safety."

Stewart warns generators are by no means the only source of carbon monoxide.

"Anything that has an exhaust, we need to be protecting our breathing, because all of those petroleum-based engines, small engines, produce carbon monoxide," she said.

While the gas cannot be seen or smelled, the Department of Health is encouraging residents to install carbon monoxide alarms, check them regularly and replace any dead batteries.

Since Hurricane Irma came ashore, residents have reached out to the Florida Poison Control Centers for treatment advice for 140 patients potentially affected by carbon monoxide. Those numbers don't include calls directly to 911, or cases handled by hospitals that did not seek outside treatment advice.

If you or someone you know experiences symptoms of poisoning, call 911 and seek fresh air immediately.