Gunshot Wounds Are Expensive, And We're All Paying For Them

It costs American hospitals about $622 million every year to admit patients with gunshot wounds—and it turns out, we’re all paying the bills.

That’s according to a new study in the journal Injury Epidemiology that tapped into a national sample of hospital records to gauge the cost of admitting patients with firearm injuries.

The researchers broke the costs down by injury type, demographics and insurance status.

“We do want there to be better public recognition that this is a cost that is primarily being paid through Medicaid and government sources—and for people who, at this time of this data, didn’t have insurance at all,” says Dr. Corinne Peek-Asa, the lead author on the study.

"As a professional in public health, we can also use this data to help us prioritize prevention programs,” says Peek-Asa. 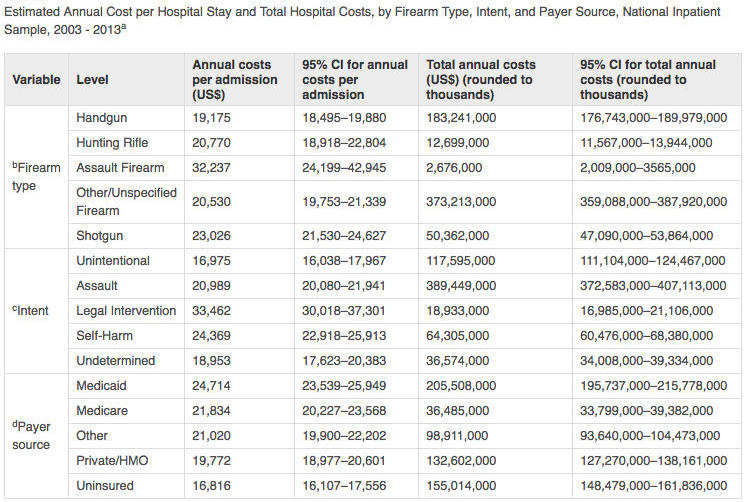 From the paper’s conclusion:

“Firearms disproportionately impact a young, minority and uninsured population. Hospitals can expect that the largest proportion of treatment for firearm injury admissions will be reimbursed by public sources, and, depending on trends in health insurance coverage, that a fifth of patients will have no insurance. … Efforts to prevent firearm injuries, particularly among assaults and injuries caused by handguns, could reduce this cost burden.”

Floridians with concealed-weapons licenses would be allowed to pack heat while at private schools located on the property of religious institutions, under a proposal filed Wednesday in the state House.

A new gun club in South Florida is geared towards training black gun owners and teaching people to support the Second Amendment within the black community.

A Senate Republican on Thursday proposed allowing patients to stay overnight in ambulatory-surgical centers and allowing the creation of what are known as "recovery care centers."