The hunger relief non-profit Feeding Northeast Florida is partnering with the KIPP charter schools in Jacksonville to set up a permanent food pantry on its campus.

A pop-up version of the food bank opened in KIPP’s parking lot, next to its side-by-side elementary and middle schools, on McDuff Avenue just northwest of downtown Tuesday. 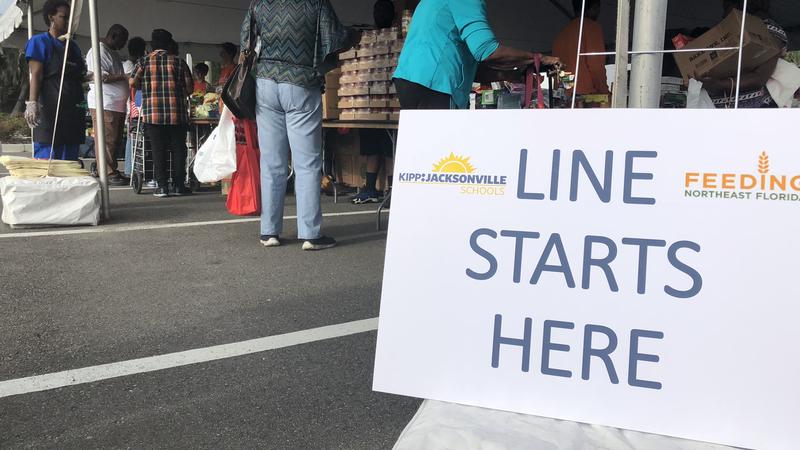 By 8:30 a.m. a line formed in front of the tented tables of food. Jazz Jefferson said she came to stock up on produce.

“Save-A-Lot and convenience stores, that’s all that’s left,” Jefferson said. “Anything that’s fresh is further away. You have to be able to get there.”

The pantry was offering up mushrooms, peppers, lettuce, bananas, strawberries, juices, bread and non-perishables like cereal.

KIPP is in an area known as a food desert. Feeding Northeast Florida CEO Frank Castillo said the area has a double-digit unemployment rate. In addition, a nearby Harvey’s grocery store recently closed. 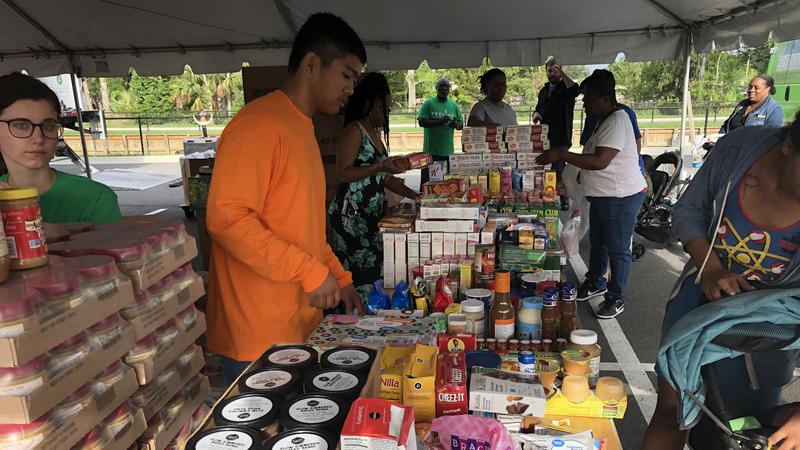 “There is not one location where you can go and have not only access to that healthy food but to be able to afford that type of healthy food,” he said.

Castillo said this pop-up food pantry is a band-aid. The soon-to-be permanent bank inside the school is more of a solution.

“A context in which children are trying to become educated, they’re trying to brighten their future seems to us to be the idea place for us to do this,” he said.

KIPP is in an area called Health Zone 1, known for health disparities including high rates of diabetes and heart disease. 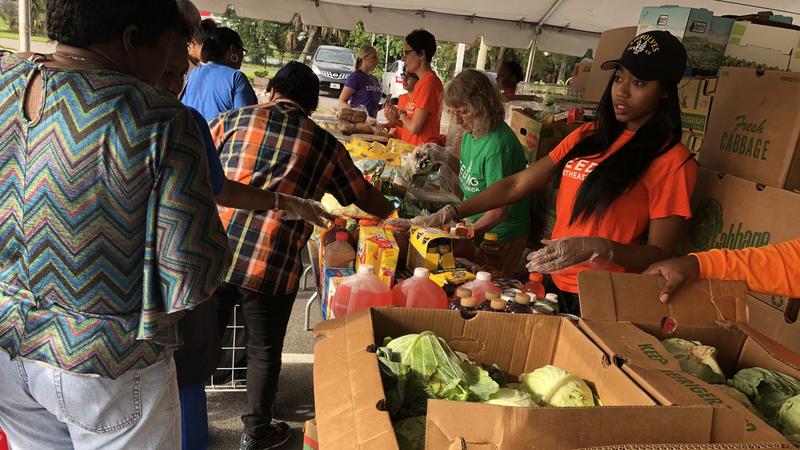 The permanent pantry fixture will open this fall. Castillo said his organization and KIPP are still working out the details of what days of the week it’ll be open. Until then, and even after, pop-ups like Tuesday’s are happening at various Northwest side locations.

In addition to free groceries, the pop-up events normally have other vendors, like health insurance providers, nutritionists and recipes to help people make the best use of their groceries.

Second Harvest of the Big Bend distributed about 20 tons of food at Tallahassee's Godby High School on Saturday (May 19.)

Food Deserts: The Mis-Education Of Food

April was National Minority Health Month and with diabetes and other health related issues increasing in communities around the state, researchers want to address health disparities. The Florida Department of Health focused its efforts on food deserts and pushed for healthy eating and education. Researchers are pointing to those same food deserts as a contributor to health issues disproportionally affecting minorities, and advocates say education and access to healthier foods would help these communities get back to basics.

With two grocery stores set to close about 10 miles apart on Jacksonville’s Northwest side, some city officials are concerned residents won’t have enough access to healthy, fresh food.