Florida's Path Toward A Balanced Budget Goes Through Healthcare 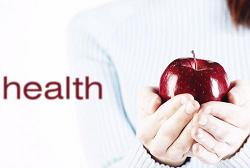 The only thing Florida lawmakers must get done during the legislative session is pass a balanced budget. But it’s tricky ironing out all the numbers. And  a big part of laying out a budget is determining how much to spend when it comes to healthcare.

Healthcare is the biggest part of Florida’s budget. It consumes more than $20 billion. And that funding picture has gotten complicated in the last two years. Medicaid, which serves poor Floridians, continues to increase, despite a move to hand it over to private providers to manage. State economists have put the blame on rising prescription drug costs. The continued loss of federal funding that props up hospitals for indigent care is also an issue. So lawmakers have proposed several bills aimed at wrangling costs.

The first would cut down on pricey hospital emergency stays by steering patients to ambulatory care and recovery care centers. The idea: such centers, which can do minor procedures and surgeries, are cheaper. Sanford Republican Rep. Jason Brodeur discussed the idea with Governor Rick Scott’s hospital and healthcare funding commission:

“The average charge of a colonoscopy by site was $4,800 at a hospital site, and $2,000 at an ambulatory surgical center. So more than twice as expensive at an hospital facility."

The second proposal is a recurring one: let highly-skilled and trained nurses and physician assistants prescribe more drugs to patients. The idea: there are more people demanding services than there are physicians to treat them. And then there’s concierge medicine or direct primary care. It’s a bypass of sorts around traditional health insurance. The idea: eliminate the middle man and let patients pay their doctors directly for care. Seattle-based doctor Garrison Bliss discussed the idea last year.

“We get paid once a month, and that’s all we get paid. We don’t need money from anyone else. We don’t have to make our money by doing things to patients," Bliss stated. "We don’t have to come up with exorbitant diagnosis and treatments in order to facilitate our work. We can work with a healthy person who wants to stay healthy, and get paid. And it’s a pretty interesting way of doing it.”

Next up, balance billing. Governor Rick Scott has spent the past year calling out hospitals for what he calls “price gouging” patients. Balance billing is what happens when patients get a bill for services not fully covered by their insurer. Much of it comes when patients have to go to emergency rooms, and the average consumer may not know whether a provider is in, or out of network. Scott has said the healthcare system needs to be clear about what costs will be:

Florida’s insurance consumer advocate has proposed a fix that would keep emergency room patients from getting balance bills from providers that aren’t in their network plan. Three years ago, a plan in the Florida legislature would have made it far easier to find out what health care services cost. Republican lawmakers Chris Spowls and Rob Bradley have filed a price transparency bill, but a spokeswoman for Governor Rick Scott told Politico Florida the plan doesn’t go far enough because it doesn’t allow criminal penalties against hospitals.

Tallahassee lawmakers got a hard pill to swallow Thursday.

Two state lawmakers -- one an orthopedic surgeon and the other a dentist  -- have submitted an eight-year health plan for Florida that includes having the state run its own Medicaid program, the Tampa Bay Times reports.

Map: How Much More (And Less) Floridians Pay For Health Care

The true cost of health care is notoriously secret, but an analysis out this week from the Health Care Cost Institute offers a glimpse into how insurance companies spend money in Florida.