A Miami federal judge gave final approval Tuesday to a settlement agreement in a decade-long legal battle between the Florida Academy of Pediatrics and the state. 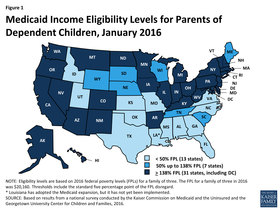 Pediatricians and pediatric dentists filed the suit on behalf of some 2 million poor children who rely on Medicaid for their health care.

The plaintiffs alleged reimbursement rates were so low, children couldn’t find doctors willing to participate in the program.

“They’re will be a reasonable opportunity for board certified pediatricians and possibly other providers for children to receive Medicare rates, rather than Medicaid rates. Medicare rates are substantially higher.”

A federal judge has given final approval to a settlement in a decade-long legal fight over care provided to children in Florida's Medicaid program.

Forty-nine children and their families, including one from Clay County, are hoping face-to-face meetings with members of Congress helps lawmakers understand the plight of kids with medically complex conditions.

The group is lobbying leaders to pass a law expanding coordination between medical specialists across state lines.

Listen
Listening...
/
Listen to the story airing on 89.9 WCJT-FM