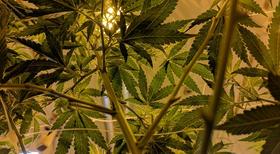 The legality of medical marijuana is still largely a gray area in the eyes of the federal government. The confusion impacting banks, dispensaries and policy is leading some, like democratic candidate for Commissioner of Agricuture Nikki Fried, to call for reform.

Thirty one states and the District of Columbia have some form of legalized marijuana. In 2015, Florida joined the ranks when more than 70 percent of residents gave the nod for medicinal use.

But despite growing support, marijuana is still illegal under federal law. And the federal government has shown reluctance to adopt policies that reconcile the conflict.

The problem was recently highlighted in August when Florida Commissioner of Agriculture candidate Nikki Fried got word that Wells Fargo was closing her campaign account.

The bank cited its policy to “not to knowingly bank or provide services to marijuana businesses or for activities related to those businessess, based on federal laws under which the sale and use of marijuana is illegal even if state laws differ."

“It was just the campaign," explains Fried, "but based on that we are moving [Wells Fargo] all accounts.”

When asked by a reporter which bank she would be moving to at a press conference, she responded BB&T.

That seemed to be the end of the story, until last week when BB&T said they too were closing the Fried campaign’s account. Now she argues she’s being targeted.

“I wonder, how many other accounts they are not looking at?" Fried asks. "We know across the country that there are candidates out there supporting advocacy for medical purposes and they haven’t shut down their accounts, or any of the law firms, or any of the other lobbying shops that have clients for medical marijuana."

"I was specifically targeted,” Fried argues.

But that’s not the case says Anthony DiMarco. He’s the Executive Vice President of Government Affairs at the Florida Bankers Association.

“Well this is the first I’ve heard of something like that, the first time," explains DiMarco. "But I’m sure the banks are just very concerned [about] the potential fallout from all of that with the regulators.”

DiMarco says there’s just too much at stake, and financial institutions are unwilling to take the risk.

“If I was a banker, and I owned a bank or was the president of a bank, I would not be involved in this," says DiMarco. "Just because of there’s so much potential liability – legal liability and just the cost of compliance – that it wouldn’t be worth my time.”

But Fried argues she’s done nothing but voice support for marijuana.

Other candidates have done the same thing. Republican Congressman Matt Gaetz is a vocal supporter of federal medical marijuana legislation. And according to state records, the dispensary Surterra has given over $350 thousand to Florida campaigns this election cycle alone.

So why is Fried’s account the only one that’s been closed?

“The bank may have happened to notice it because of her position," says DiMarco, "but I don’t know the answer to that.”

DiMarco says other campaigns could face a similar outcome unless the federal government takes action.

Fried joined Congressman Charlie Crist (D-St. Petersburg) Monday to support a bill that would do just that.

“In Congress I’m proud to co-sponsor the bill that helps fix this," says Crist. "Making it clear that financial institutions will not be punished for serving legitimate marijuana-related businesses.”

Crist argues the lack of coherent policy not only impacts those in the industry, but also hurts patients’ access to reliable care.

Another solution Fried has floated is starting a state bank to house marijuana money.

“This is something that I would hope the cabinet – the Governor’s office, the Attorney General – would fight on our behalf," Fried says.

"So if we have a state-chartered bank that has the jeopardy of having any kind of repercussions from the federal government," she continues, "they would stand up and defend the bank from any action on the federal level.”

Bill Would Allow VA To Prescribe Medical Marijuana In Some States

Sen. Bill Nelson filed a bill last week that would provide veterans with access to medical marijuana at the VA and open doors for more research on the drug.

Florida democratic candidate for Agriculture Commissioner Nikki Fried is making medical marijuana a key part of her platform. The South Florida lobbyist is calling for federal legislation and vowing to expand the state’s medical marijuana industry.

2nd Bank Says No To Florida Candidate Who Supports Pot

Florida's Democratic candidate for agriculture commissioner says a second bank has terminated her campaign account because she supports medical marijuana.

Marijuana will be legal nationwide in Canada starting Oct. 17 in a move that should take market share away from organized crime and protect the country's youth, Prime Minister Justin Trudeau said Wednesday.