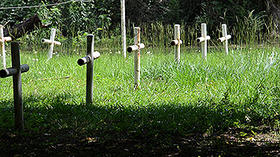 Updated headline to indicate the Florida Department of Law Enforcement will conduct "an inquiry" and not "an investigation" into USF's findings.

In an email sent to WUSF 89.7 News Wednesday morning, FDLE Communications Director Gretl Plessinger said, "We are conducting a preliminary inquiry to assess any new information from the January USF report.  If there is criminal predicate, we will open an investigation."

With a single sentence, the Florida Department of Law Enforcement indicated it will look into what investigators from the University of South Florida have turned up at the Dozier School for Boys in the Panhandle town of Marianna.

Without further comment, the FDLE released the following statement Monday: “FDLE is conducting a preliminary inquiry into all new information that came forward from the University of South Florida’s January 2015 report on the Dozier school.”

USF researchers, led by anthropologist Erin Kimmerle, responded to reporters' requests for comment Tuesday by pointing to their report as well.

"Our research team’s focus has always been the identification and return of remains to families.  We continue to be available to law enforcement agencies for inquiries regarding our work and our findings to date.

Our status report, which was presented to representatives of Florida Cabinet members in January, is available in its entirety here."

In 2009, the Florida Department of Law Enforcement concluded there was no criminal wrongdoing at the now closed Marianna reform school, despite decades of allegations of abuse of students by school officials.

But University of South Florida researchers found 51 bodies buried in 55 graves an unmarked graveyard on school grounds - 20 more than the FDLE investigation said were there.

And in their recent report, researchers said they found a small lead ball "consistent with a projectile" along with the remains of one teenage boy. 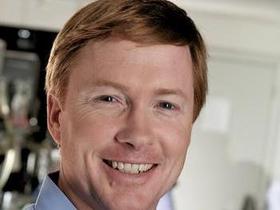 Florida Agriculture Commissioner Adam Putnam asked the FDLE to go over the researchers' findings last month, saying, "Given the new information, including the discovery of 20 individuals not accounted for in the 2009 investigation, I am requesting that FDLE evaluate the new findings reported by USF to determine whether or not there is new evidence that would otherwise warrant additional investigation."

The Tampa Tribune reports that Putnam had made a similar request to the FDLE in 2012, pointing to earlier USF findings, including the conflicting body count.

In response, the FDLE stated its criminal investigation and USF’s “academic research study” had a “different standard and scope.”

“Should additional evidence dictate an expansion of our original charge, FDLE is ready and willing to reopen its investigation of the Dozier School,” the agency said in 2012.

Senator Bill Nelson also called for further investigation of USF researchers' work in February, but he would prefer that the Department of Justice take the lead. In a letter to U.S. Attorney General Eric Holder, Nelson criticized the FDLE's previous role in the investigation:

In 2012, when the FDLE was asked to comment on the university’s initial findings, officials characterized them as just “an academic research study” with a different standard and scope than a law enforcement investigation.  Local law enforcement, meantime, has expressed no interest in investigating.  Thus, a federal investigation may be the best alternative.

DNA testing has led to the identification of five sets of remains removed from the graveyard at the Dozier School for Boys.

Agriculture Commissioner Adam Putnam is asking the head of the Florida Department of Law Enforcement to evaluate new findings in the history of students at the former Arthur G. Dozier school for boys.

In a letter dated Wednesday, Putnam — who is one of three members of the Florida Cabinet — cited a recent report by researchers at the University of South Florida.

For years, claims of abuse, beatings, rapes and murder of students by staff have come from those who survived the Dozier School for Boys,  the now-closed state-run reform school in the Florida Panhandle.

Many families are still wondering what happened to their loved ones, and some are getting answers as researchers from the University of South Florida identify remains that have been exhumed from the grounds of Dozier.

University of South Florida researchers will announce Thursday afternoon that they've determined the identities of two more sets of remains buried on the grounds of the Arthur G. Dozier School for Boys.

The Ledger and a release from Senator Bill Nelson's office say that one is Thomas Varnadoe, 13, who died in 1934, a month after arriving at Dozier.

The Florida Cabinet voted Tuesday to allow University of South Florida researchers to exhume bodies at the now-closed Arthur G. Dozier School for Boys, the Tampa Bay Times reports. The secretary of state had turned down the request, but Attorney General Pam Bondi took up the cause. The research team wants to find out whose bodies are buried at the old reform school, allegedly the site of widespread beatings.