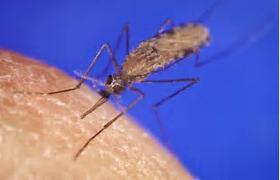 Escambia County’s first case of West Nile virus is now confirmed, prompting reminders about how to protect yourself from the disease.

As is the practice, the patient is not being identified – other than they’re an Escambia County resident. The Florida Department of Health-Escambia has issued a mosquito-borne illness advisory, for what Health Director Dr. John Lanza calls an “endemic.”

“That means it’s always present in mosquitoes in the county,” says Lanza. “It’s just that we see the possible transmission from a mosquito to a human in the summer months, simply because there are more mosquitoes.”

Escambia’s two confirmed West Nile cases in 2016 were in August and September, when temperatures were high and rain was plentiful. According to the Centers for Disease Control and Prevention, up to 80 percent of people infected with West Nile show no symptoms. Lanza says that’s both good, and bad. 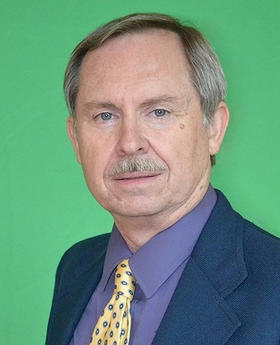 Symptoms of West Nile include fever, headache, body aches, vomiting, diarrhea or a rash. Most recoveries are complete, but fatigue and weakness can last for weeks.

But, could there be a light at the end of the tunnel? Lanza says there appears to be a trend regarding West Nile and the number of people infected. But he concedes there’s no science to back it up – just a gut feeling on his part.

“Over the past 14-15 years, so many area folks have been bitten by mosquitoes that are probably carrying West Nile, that we’ve got immunity to it,” Lanza contends. “And that’s why we’re seeing a lot less cases than we saw five, ten years ago.”

Protecting against mosquitoes is a fairly straightforward practice called “Drain and Cover.” Drain all standing water around your home, so the pests have no place to breed.

“Any little puddles, pots, or saucers underneath a plant; make sure they’re drained off at least weekly,” says Lanza.

The cover part: wear long sleeves and pants when going out at dawn and dusk, when mosquitoes feed. For uncovered skin, be sure to apply a repellent containing DEET, picaridin, oil of lemon eucalyptus, or IR3535.

The University of South Florida temporarily stopped one researcher's work with the West Nile Virus earlier this year after eight birds died during the research.

According to a statement from USF, that work has since been restarted after the issues involved were addressed.

The Florida Department of Health in Bay County has confirmed the presence of the West Nile virus.

At least one person in Duval County has caught West Nile virus from a mosquito, the health department warned Thursday.

Symptoms of West Nile range from fever and headaches to comas and paralysis, according to the CDC.

Listen
Listening...
/
0:45
Maggie Hall with the Department of Health in Pinellas County confirmed the first human case of West Nile Virus in almost 10 years. Five other human cases have been confirmed elsewhere in Florida.

After issuing a heath advisory for West Nile Virus earlier this week, the Department of Health in Pinellas County has confirmed its first case of the virus in a human since 2007.

The Florida Department of Health confirmed a case of the West Nile Virus, a mosquito-borne disease, in Volusia County Wednesday.

Health officials are expecting more cases, and warn residents to get rid of standing water and wear protective clothing.

Most West Nile Virus infections are mild, but about one percent of cases can cause permanent neurological damage, paralysis and even death. There is no treatment or vaccine for the virus.