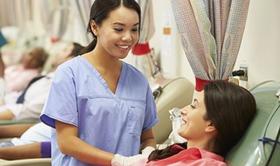 Since the mass shooting in Orlando, there has been a huge response from people who want to donate blood. And, while the current blood donations are appreciated, some donation centers say they may need more people to donate next week.

A lot of blood donation centers in Florida have reported long lines.

Due to the high volume, officials encourage people to either make an appointment online or by phone.

“Thank you for calling OneBlood and for the tremendous response from blood donors in the wake of the tragic mass shooting,” said the automated voice on the phone. “We are open for business today and encourage people to donate. To make an appointment, please press four or you can visit our website at oneblood.org. We thank you for your dedication in our lifesaving mission.”

“And, so, it all goes down to our two main processing centers,” stated Jeanne Dariotis, speaking to potential Tallahassee donors. “And, the word is they drew til 4 in the morning last night in Orlando…” 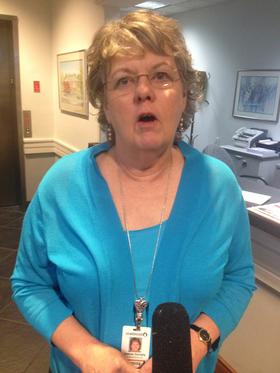 Dariotis is the Senior Vice President of OneBlood. She's located at one of the blood donation centers on 1731 Riggins Road.

“Oh, this has been overwhelming,” she said. “I mean I was with the Blood Center when we had 9-11. And, that was the first time that I had experienced such an outpour of donations, and this was exactly the same. It was people wanting to do something, feeling the need to help, but not knowing how to do it. And, donating blood is one way to do that, and so, it was great.”

Monday morning, she’d already had to turn away quite a few, asking them to come back.

“We’ve had a tremendous response,” she added. “Our donor rooms were full, especially in the Orlando area. And, we have a lot of blood on the shelf at the moment. We’re still counting and double checking everything we’ve received and we know that over the next couple of weeks, blood is going to go out to hospitals also, and we’re going to be looking for more donors. So, right now, unless we particularly call and ask you to come in, we’re asking you to wait a week or so, and then come in and help us because truthfully, it is the blood on the shelf that saves lives.”

Casi Norris was among those who was asked to come in, but was later turned away.

“You know, when there’s time of crisis, I think it’s really good for people to come together,” said Norris.

And, the 23-year-old is not your average donor.

“I try to give every eight weeks,” she added. “Since I’m O positive, I figure what’s the point of having universal blood, if I’m going to keep it to myself?”

And, Norris says she anticipates she’ll be back soon.

“More than likely next week, it’s going to be a huge shortage,” she continued. “So, they’re asking that people, the regulars, still come out next week and probably wait a little bit just to give because it’s going to be another shortage pretty soon.”

OneBlood is expected to be open every day this week, normal business hours. For more information, visit oneblood.org. There’s also an app called DonorSpace, which allows people to register for donations and locate blood mobiles in their area.

The Food and Drug Administration announced Monday that it will now allow gay men to donate blood, but there's a catch.

Hundreds lined up to give blood Sunday in Orlando to help the victims of the massacre at a gay nightclub, but major restrictions remain for gay men wanting to give blood themselves.