The legislature’s unscheduled Sine Die killed plenty of bills, but some say the loss of many anticipated disability bills hit the hardest. 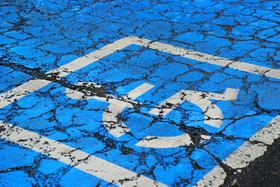 Senate President Andy Gardiner (R- Orlando) noted there were plenty of bills that died on the senate floor, which would have provided resources to and improve accessibility for disabled people.

“Yeah, the postsecondary option, which is probably one of the biggest, and also just trying to have opportunities for people with unique abilities to get jobs,” Gardiner says.

Not all the disability bills died. Suzanne Sewell, president and CEO of the Florida Association of Rehabilitation Services, explains.

“Very pleased to see the ABLE bills went through. Those allow individuals with disabilities to set up savings and income accounts, without losing eligibility benefits,” Sewell says.

Sewell says the death of a few bills probably won’t be devastating, because disability advocates won’t stop lobbying the legislature.

Gardiner isn’t worried, either. He’s more disappointed with the House packing up and setting course for home.

“You know, I think about those bills for individuals with unique abilities, that’s an unfortunate thing. Everyone will focus on the joint agenda, but it really is the individual members, y’know, obviously you’re seeing a parade of house members who were totally caught off guard, who are coming over here now to ask us to pass their stuff,” Gardiner says.

The Florida House is close to amending the state’s Civil Rights Act to prohibit pregnancy discrimination.  It’s a symbolic move, and far from a sure thing, but lawmakers are happy to see it moving forward.