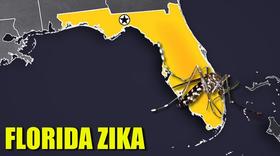 Despite a predicted slow down during the cooler winter season, the Zika virus continues plaguing Florida.

The Zika virus is mainly transmitted by the aedes aegypti mosquito. But, Florida Department of Health Secretary Celeste Philip says there are not well-researched protocols for how to get rid of the mosquito.

“It’s different than the nuisance mosquitoes that most of us are familiar with in that instead of dusk and dawn—remember that messaging—they’re day biters,” she said, speaking last week to the Senate Budget committee. “Instead of being out and about in nature, they like to be in urban areas, close to people, inside homes, often times. And, so the way that you address, mitigate, and control the aedes aegypti mosquitoes is very different.”

Philip says one of the focuses in this year’s health budget is more funding for epidemiologists, who deal with controlling different types of diseases.

“As we’ve learned from our Zika response as well as in the past few years, there seems to be a new disease DuJour that the department is responsible for,” she added. “We’ve had Ebola, we’ve had MERS—which is a Middle East respiratory syndrome and have repeatedly had to depend on epidemiologists. And, what we find is we are able to respond very well to whatever that condition is, but some of the daily activities of epidemiologists, then there is a delay in some of that. And, so, we have now gotten to a point where we believe that this is an important investment for the state for us to have a strong epidemiologist workforce.”

So far, the state has confirmed about 1,300 Zika cases. That includes cases considered travel-related, locally acquired via Florida mosquitoes, and involving pregnant women.

And, Philip says health officials are already making plans to monitor those mothers and their kids, since Zika is associated with a severe birth defect.

For example, she says DEO officials along with members of the Small Business Development Center, or the SBDC went to the Zika hotspots of Wynwood and Miami Beach.

“So, this was a team on the ground that went around to businesses and knocked on their door and asked, ‘how can we help you? What can we do?’ The things that they needed were technical assistance. ‘What can we do if people are not coming to our restaurants, to our businesses?’ And, working with the SBDC, came up with some creative ideas,” said Proctor. ”For instance, if a company or restaurant didn’t normally cater or didn’t normally deliver, then maybe that is something that they would try to see if they could keep income and money coming in the doors, so they can continue to employ the folks in their restaurants and their business.”

As for the state’s tourism industry, Zika still hasn’t had a big impact. Proctor says that’s according to her partner agency, Visit Florida.

“So, Visit Florida began a tracking survey to determine the impacts of Zika on people’s perceptions,” she added. “So, to date, we have 20 weeks of survey information that has been collected. What we know is that from what we’ve heard from tourism leaders, and anecdotally as well as I’m sure you all have seen on the news that there were cancellations. But, the survey results showed that even with increased news that there were not a significant number of cancellations. So, what we’ve heard is ‘yes, we’ve seen the news. Yes, we are concerned. But, no we are not cancelling our vacation.”

In fact, Proctor points out Florida hit record setting tourism numbers in the third quarter of 2016, despite concerns over Zika.

University of Miami doctors have published a case study about the first locally transmitted case of Zika in the United States. The patient was a 23-year-old pregnant women whose symptoms included a fever, joint pain and a rash. Her baby tested negative for the virus.

Florida Gov. Rick Scott is saying the federal government is shortchanging the state when it comes to doling out money to fight the transmission of the Zika virus. WUSF's Steve Newborn talks with Katie Sanders of PolitiFact Florida to see if it's true.