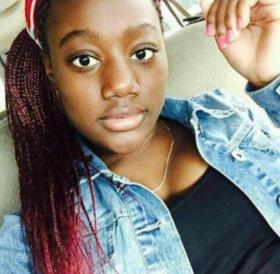 The head of Florida’s child welfare system says it will most likely be about a month before he will have a preliminary report ready for state lawmakers about Nakia Venant. She’s the Miami teenager in foster care who committed suicide live on Facebook last month.

“It’s also sad that we live in a time when a young lady can live stream this on Facebook and this played out almost over a two and half hour period and have hundreds of folks watch and have nobody, but one friend try and contact anybody to intercede,” he said.

Nakia had been in and out of foster care and allegedly abused. Carroll says his agency has had dealings with her family over the course of about ten years.  And, he adds a probe is now underway by the Critical Incidents Rapid Response Teams, or CIRRT teams—normally charged with investigating child fatalities.

“It’s important for Nakia and all that would follow that we get it right because this is a case where lots of work was done,” Carroll added. “There were lots of assessments done. There were lots of services put in place. This wasn’t a case where we could easily figure out that we didn’t do x,y,z, but that was ineffective. So, we need to look at why and what we could do better.”

Carroll says for now, he’s waiting until the courts decide what information he can release to the public.

Department of Children and Families Secretary Mike Carroll told a Senate panel Monday that the agency is looking at why services were not effective in preventing the death last month of foster child Naika Venant, who hanged herself and broadcast it on social media.

Melody Hellberg was challenged by her Marine Veteran brother to do 25 pushups for 25 days as part of the Project Overwatch Suicide Prevention Pushup Challenge.  She did her pushups in 25 different locations to raise awareness of suicide among Veteran's, first responders and the general public.  Find out more about the challenge by clicking HERE.  Check Melody Hellberg's Facebook page to see video of her challenge.

Superintendent Nikolai Vitti addressed the report at Tuesday’s board meeting in a presentation. He said the district will be advocating for more mental health funding, and plans to expand services.

Nearly eight years after a Sarasota County woman committed suicide, the Florida Supreme Court said Thursday her husband can pursue a lawsuit against a physician about care provided before her death.

Keeping guns away from those with serious mental illness could help reduce gun suicides.