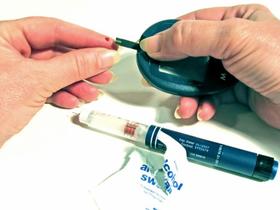 This month is Diabetes Awareness Month, and a bipartisan push is underway to do more about the disease that is one of the leading cause of deaths among Floridians.

“I’ve been a diabetic I think, for the last 15 years, and I was diagnosed with pre[-diabetes],” he said. “Sugar levels were high, but I wasn’t a diabetic then. I didn’t follow the rules. Now, I’m on insulin, and every pill there is.”

Now, Cortes says he encourages everyone to take the disease seriously. Diabetes can result in too much sugar in the blood and can damage vital organs.

“I just want to reach out to everyone and say, ‘watch what you eat, and watch your carbs,’” he added. “Follow your doctor’s orders. Diabetes is not a good disease. It has a lot of side effects. I’ve already had two angiograms to check the heart, and God-willing, there’s no a blockage. So, it’s not a fun disease. So, we’ve got to manage it, take care of it, and try to prevent it. And, we need this WellCare systems, so we can prevent other folks from getting it, especially diabetes in children.”

Last year, Cortes carried a bill that required “diabetes educators” to be licensed. Currently, Florida does not regulate or require licenses for anyone who teach diabetics about how to manage their disease.

At the time, groups like the American Association of Diabetes Educators praised the bill, saying any person could claim they are providing diabetes education, even if they do not have the proper training.

But, groups like the Center for Nutrition Advocacy opposed the measure. They argued against mandating special licenses for anyone providing diabetes education to those with or at risk for diabetes.

That’s because in addition to physicians, dentists, and pharmacists—dieticians, athletic trainers, and mental health counselors would also be required to have a diabetes educator license.

According to that bill’s staff analysis, the measure impacts the scope of their practice—meaning a paramedic, for example, would not be able to provide diabetes education to their patients without obtaining the additional license.

But, Sen. Audrey Gibson (D-Jacksonville) says that’s not her intent. Like she did in the past, she’s sponsoring a similar bill in the Senate for the 2018 legislative session.

“The diabetes educator can function within their scope of practice, and there will be other individuals who may not have another scope, and so, their sole scope would be as a diabetes educator, creating more opportunities for advancement. So, the intent is not to affect any current licenses, but to ensure that those that are holding themselves out as ‘diabetes educators’ are truly trained in that profession,” she said.

As a caregiver for her father—who has diabetes—Gibson says this issue is very important to her. And, she wants to make sure those affected by the disease get the help they need, before it’s too late.

It’s why she says she also filed another diabetes-related bill.

“In Florida, there’s an estimated 2.8 million with diabetes,” Gibson added. “The disease is the leading cause of blindness, kidney failure, amputations, and heart disease, and it claims the life of one American every three inmates. Senate Resolution [754]—which I filed—lays the groundwork for a public education campaign declaring November 2018, Diabetes Awareness Month in Florida.”

Meanwhile, Rep. Rene Plasencia (R-Orlando) is sponsoring the “diabetes educators” effort in the House. He filed a similar bill for the 2017 session. The bills never got a hearing.