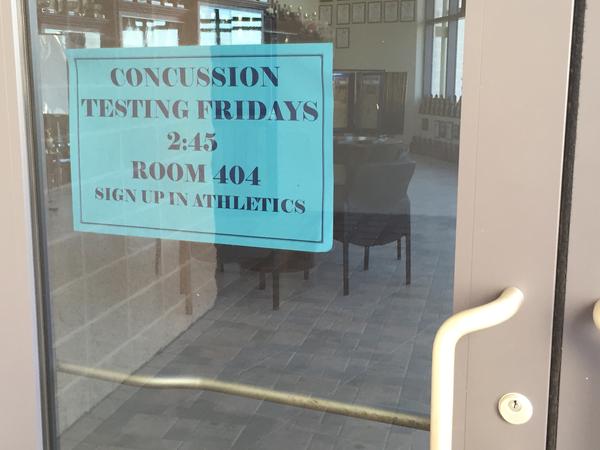 There used to be a time when athletes would get knocked in the head, fall to the ground, struggle to get back on their feet and wobble around before regaining their bearings.

It used to be called "getting a ding." Athletes were encouraged to just "walk it off."

That still happens in many sports, from the youth levels all the way to the pros. But over the past few years, recreational leagues, schools and athletic associations have gotten more serious about these head injuries.

For example, at this week's Super Bowl XLIX, Seattle Seahawk defensive end Cliff Avril was pulled from the game for failing a concussion assessment.

And the Florida High School Athletic Association (FHSAA) now requires that student athletes take a cognitive skills test called IMPACT before the season begins. That way, if they suffer a head injury in a game, the first IMPACT score will be used to decide if the athlete can return to the field.

The tests don't apply only to high-profile sports like football. Lacrosse and women's soccer have the second- and third-highest rate of head injuries in high schools across the United States.

One way coaches are battling back, for now, is by getting their players to wear more protective gear.

Listen
Listening...
/
One South Florida high school has made protective headgear mandatory for the women's soccer team. Coaches hope this will reduce the possibility of concussions. Not everyone agrees they work.

It's game time for the women's soccer team at St. Thomas Aquinas High School. The players are tightening their laces and strapping on shin guards before taking the field against nearby Cypress Bay High School.

But tonight, there's one difference. St. Thomas Aquinas players are putting on their protective headbands. 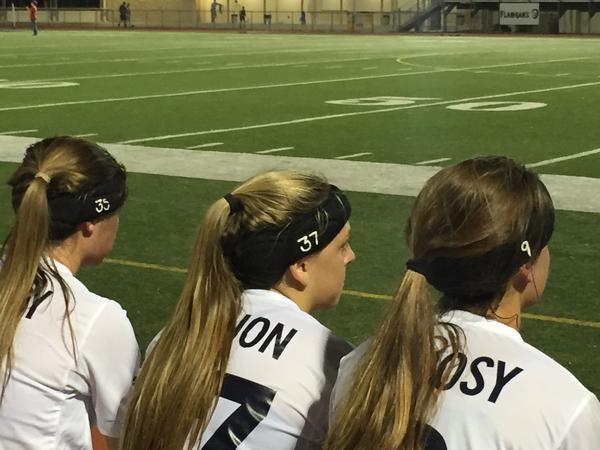 The Florida High School Athletic Association has not make the headgear mandatory for women's soccer, though it did make specialized headbands mandatory for lacrosse. St. Thomas Aquinas girl's soccer coach Carlos Giron and athletic trainer Dwayne Owens decided to make the headbands, made by Storelli Sports, mandatory for their team.

After years coaching and working soccer matches at the school, they know all to well the risks involved. 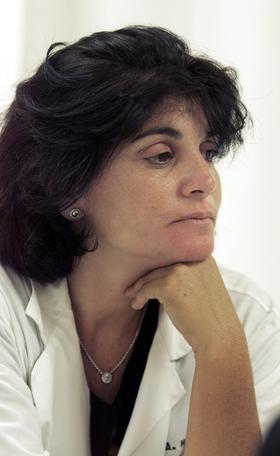 Dr. Gillian Hotz is not convinced the headband makes much of a difference. It's more about a manufacturer marketing its product, said Hotz, director of the concussion program at the University of Miami Health System.

As a regional expert on concussions, Dr. Hotz is one of a few to decide if student athletes with concussions can return to the field. If a player doesn't pass the tests, they won't play.

She believes the gear may actually be giving players a false sense of security, encouraging them to play even more aggressively.

Concussion studies vary but there is no consensus that says these headbands really are helpful in preventing head trauma, she said.

The team at St. Thomas Aquinas knows the headgear is not foolproof.  Player Sidney Talbot suffered a concussion in December, and she was wearing the Storelli headband. The ball hit her on the crown of her head, the part of the player's head not covered by the headband. Talbot had to undergo numerous tests and evaluations before returning to the field.

Storelli Sports founder Claudio Storelli said these headbands are not designed to specifically prevent concussions. Instead, they are made mostly to protect against scratches, bruises and lacerations.

He said the company soon will be announcing the headbands will be part of a series of concussion prevention studies.

Dr. Hotz said teaching coaches, parents and players about concussion symptoms is a challenge for the medical field. Even tougher, she said, is helping people understand the problems concussions could trigger for a kid in the classroom, not just on the playing field.

According to a report from the NCAA, a little more than seven percent of injuries in college football are concussions.

The term concussion started to gain steam in the American vernacular a few years ago. Former high-profile players had committed suicide and some wanted to link the player's deaths to chronic traumatic encephalopathy, or CTE. The death of former Pittsburgh Steelers player Mike Webster is seen as the incident that launched the CTE debate.

While most of the buzz around concussions has been concentrated on football, girls who play sports are reporting concussions at twice of the rate of boys, experts say. Coaches of high school girls’ teams are taking concussions more seriously, the Orlando Sentinel reports.