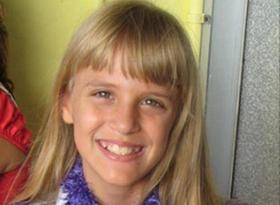 A bill further compensating a surviving child of an abusive adoptive home is starting to move in the Florida Senate.

Under a settlement agreement with the Florida Department of Children and Families, Victor Barahona is supposed to receive $5 million, due to the mistreatment he and his sibling suffered at the hands of their foster parents, who later adopted them. Nubia, his twin sister, didn’t survive.

DCF has paid $1.25 million, and Sen. Anitere Flores’ (R-Miami) bill will allow Victor to receive the rest of the five million. Flores says she’s shocked DCF, at the time, even allowed the adoption to go through—despite numerous red flags.

“The children hadn’t seen a doctor in years,” said Flores. “The reports of sexual abuse were rampant. The children would show up to school with bruises. They would steal food from school because they weren’t being fed at home. They hadn’t taken showers in who knows how long.”

It’s the fourth time Flores has filed the claims bill, which passed its first Senate committee last week. Meanwhile, its House companion has not yet had a hearing.

A Florida lawmaker is hoping a claims bill to further compensate a child abuse victim will pass the state legislature for 2017. This will be the fourth year the measure comes before lawmakers.