The U.S. Supreme Court this fall will hear arguments in a challenge to the way Florida sentences people to death --- a challenge backed by three former Florida Supreme Court justices and the American Bar Association.

The case, which stems from the 1998 murder of an Escambia County fast-food worker, focuses on the role that juries play in recommending death sentences, which ultimately are imposed by judges. 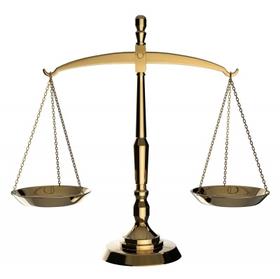 Part of the argument centers on what are known as "aggravating" circumstances that must be found before defendants can be sentenced to death. Hurst's attorneys argue, in part, that a 2002 U.S. Supreme Court ruling requires that determination of such aggravating circumstances be "entrusted" to juries, not to judges.

"Florida juries play only an advisory role,'' Hurst's attorneys wrote in a May brief. "The jury recommends a sentence of life or death based on its assessment of aggravating and mitigating circumstances, but that recommendation has no binding effect. Moreover, the jury renders its advisory verdict under procedures that degrade the integrity of the jury's function. Unanimity, and the deliberation often needed to achieve it, is not necessary; only a bare majority vote is required to recommend a death sentence."

"Therefore, because the jury returned a recommendation of death, this court may infer the jury did find at least one aggravating circumstance beyond a reasonable doubt,'' state attorneys wrote in a January brief in the U.S. Supreme Court.

The U.S. Supreme Court this week scheduled oral arguments in the case for Oct. 13, according to an online docket. The court agreed in March to take up the case.

Hurst, now 36, was convicted in the 1998 murder of Cynthia Lee Harrison, who was an assistant manager at a Popeye's Fried Chicken restaurant where Hurst worked. Harrison's body was discovered bound in a freezer, and money was missing from a safe, according to a brief in the case.

In sentencing Hurst to death, a judge found two aggravating circumstances --- that the murder was committed during a robbery and that it was "especially heinous, atrocious or cruel," according to the brief filed by Hurst's attorneys. That brief, along with others in the case, were posted on an American Bar Association website and on SCOTUSblog, which closely tracks U.S. Supreme Court proceedings.

Much of the October hearing could focus on how to apply the 2002 U.S. Supreme Court decision --- a major case known as Ring v. Arizona --- to the Florida law. Hurst's attorneys contend that the 2002 decision held that "findings of fact necessary to authorize a death sentence may not be entrusted to the judge." They said Florida's system undermines the juries' constitutional "functions as responsible fact-finder and voice of the community's moral judgment."

The brief filed on behalf of Anstead, Barkett and Kogan raised similar arguments and said there is "no assurance that Florida death sentences are premised on a particular aggravating circumstance found by the jury."

"And because jury unanimity is not mandated during the sentencing process, there is no assurance that a Florida jury's death recommendation represents a reliable consensus of the community,'' the brief said. "As a consequence, (the former justices) believe that the jury's role is impermissibly denigrated and that there is an unacceptable risk that Florida death sentences are erroneously imposed, in violation of the Sixth and the Eighth Amendments to the Constitution of the United States."

Pharmacists: We Shouldn't Aid in Executions

In a move that could heighten the hurdles faced by states attempting to execute prisoners, a leading association for U.S. pharmacists has officially discouraged its members from providing drugs for use in lethal injections.

The policy adopted by American Pharmacists Association delegates at their annual meeting Monday makes an ethical stand against providing such drugs, saying they run contrary to the role of pharmacists as health care providers.

Florida officials are keeping mum on their role in the growing controversy over execution drugs, The Tampa Tribune reports.

The Department of Corrections releases detailed documents about its lethal injection protocol, but will not provide details of the sources or supply it has for the drugs, such as the sedative midazolam hydrochloride, according to The Tribune.

William Happ, who expressed "agonizing shame" before his execution Tuesday night at Florida State Prison in Starke, was the first prisoner put to death in Florida using the common surgical anesthetic Versed, the Associated Press reported.

A Florida judge on Monday signed off on the use of a new drug the state is using in its executions.

Circuit Judge Phyllis Rosier from Bradford County ruled that the sedative midazolam hydrochloride does prevent pain when it is administered to condemned inmates during the lethal injection process.