Campaign Against Marijuana Measure Puts A Cloud Over Existing Businesses 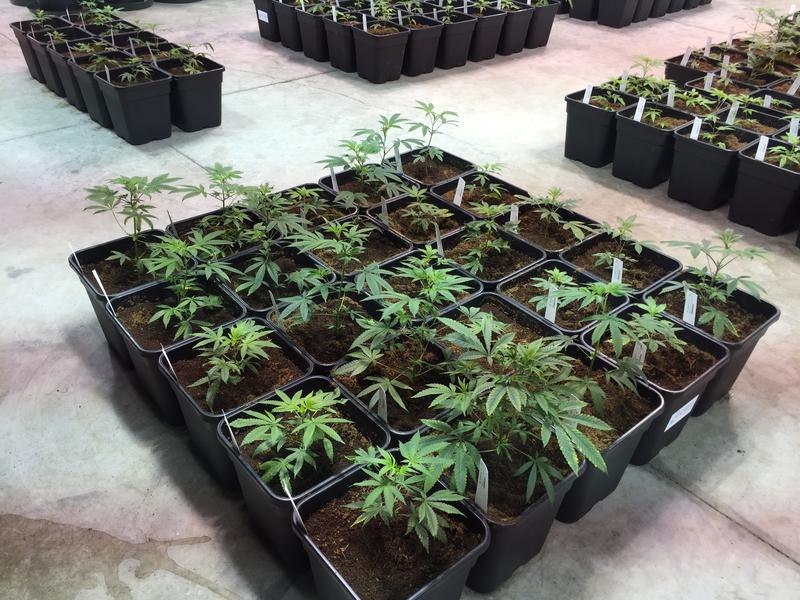 In two weeks, Florida voters will again cast their ballots for a medical marijuana initiative, and cities and counties across the state are fretting over what it means for their jurisdictions.  Much has changed since the earlier measure failed in 2014, but the ardor of its opponents remains strong.

After nearly four decades of a war on drugs, Americans’ opinion of marijuana appears to be changing dramatically.  This month Pew Research found 57 percent of Americans support full legalization.  A June Quinnipiac Poll returned a slight majority in favor of legalization as well.

But it’s the narrower question of medical cannabis where the numbers are truly striking.  The same nationwide Quinnipiac poll showed 89 percent favor medical use—with strong majorities in all categories whether political party, age, race, or education.  But that broad shift is lost in the fight over Florida’s medical marijuana initiative Amendment Two.  The campaign stokes fear by pointing to “loopholes” opponents believe would grant access to too many people and could lead to an explosion of retail dispensaries. 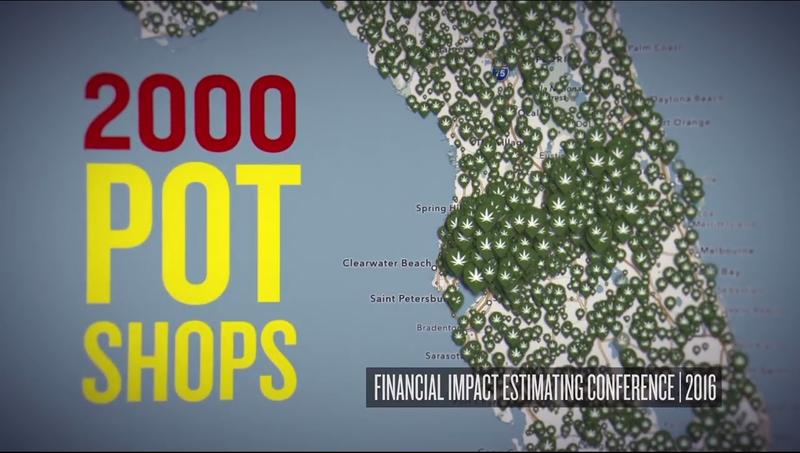 “I’m concerned that there won’t be the ability for local government to regulate where these bud shops or pot shops are located,” Sen. Jack Latvala (R-Clearwater) says.  “Two thousand of them is a lot of them.”

The fight over the Amendment has heightened concerns about local control—with consequences for businesses operating under existing law.  It’s playing out in city and county governments across the state. 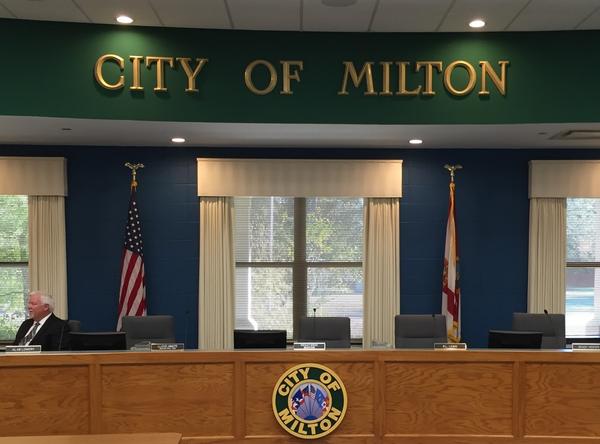 Milton sits in the far western end of the panhandle.  And on the advice of Planning and Zoning Director Randy Jorgensen, the town of 10,000 recently approved a six month moratorium on medical marijuana businesses operating within city limits.

“The Amendment that will be voted on November 8, will broaden the audience from approximately 50,000 current program participants statewide to a million,” Jorgensen explains.  “We’d be looking at one out of every twenty people participating.”

And Milton isn’t alone.  Large counties like Hillsborough, and major cities like Orlando have passed moratoriums of their own.  Council members in Milton aren’t outright hostile to medical marijuana, but it seems No On 2 rhetoric—that the initiative is a prelude to unregulated recreational marijuana—has rattled city leaders.  Here’s Milton City Councilor Jimmy Messick.

“As far as medical marijuana, I’m not opposed to it,” Milton City Councilor Jimmy Messick explains.  “But as long as it is governed and I guess controlled, regulated.  But I’m not for recreational marijuana.” 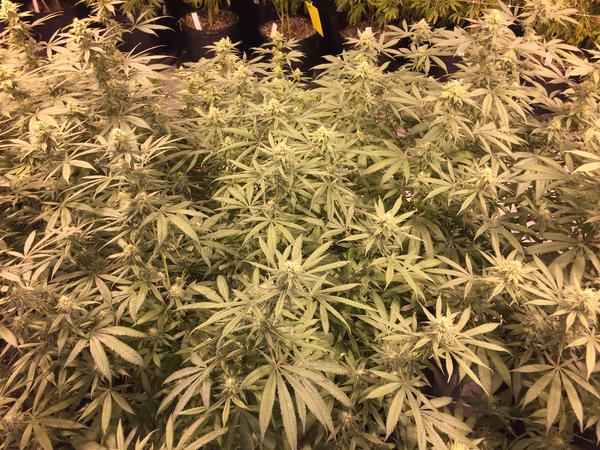 At a Surterra Therapeutics cultivation facility on the outskirts of Tallahassee, it’s hard to miss just how tightly controlled the substance is under current state law.  After the first gate, there’s a quarter mile of rocky dirt road.  Then there’s a second gate topped with coils of razor wire.  There’s no sign out on the main road and the non-descript warehouse sits by itself in a large grassy field.  Once inside, staffers give me a white coverall with no pockets.  The facility’s horticulturalist James Champman explains Surterra’s treatments begin with clones—cuttings from an existing plant.

“Give them about two weeks with a rooting solution, and they pop out roots,” he says.  “You can see right here, these guys will be about ready next week.”

When those sprouts wind up in pots, each one gets a unique barcode that will follow it through its entire lifecycle.  Chapman says they even track routine pruning.

“So all of our trim, all of our green waste, is weighed and logged into our software, and after that it’s all destroyed through a trimmer and then we compost it here on site.  It’ll actually never leave the facility,” he says.

After harvest, buds are moved to another room, dried and then run through what looks like an industrial grade Cuisinart.

“We’ll fill it up, mash it down, fill it up some more,” Inventory and compliance officer Matt Peters explains.  “It will basically just turn it into coffee ground consistency in probably ten seconds.”

The ground material is then moved to the lab where workers extract and refine plant’s oils.

“So what you end up with over here is this honey like substance,” Peters says of the final oil.

And the heightened security measures don’t stop at the plants—both Chapman and Peters had to undergo background checks to get hired.  Chapman had to go through two. 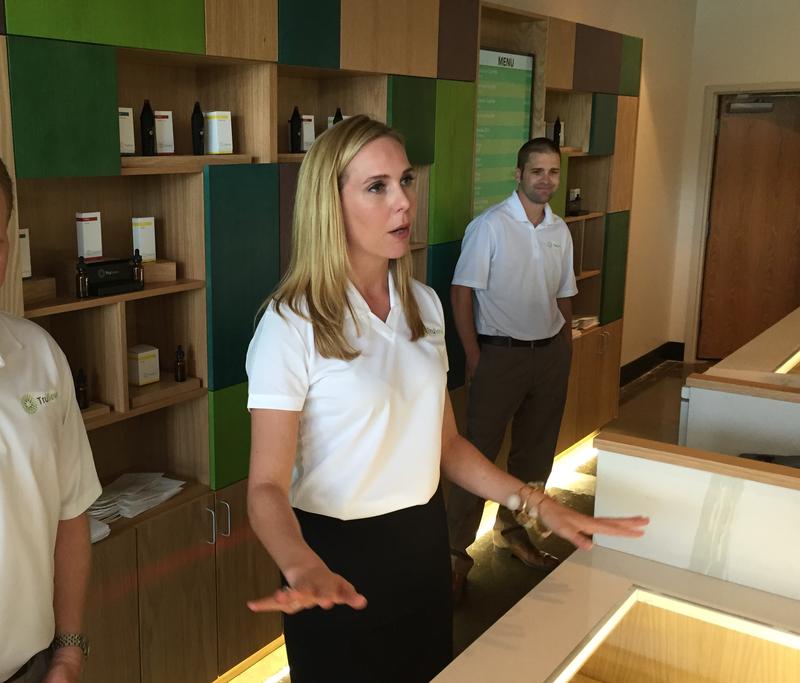 “Same,” she says with a knowing smile. “Same.  I mean armed guards 24-7, same thing in terms of locked security gate, and yeah it’s all on lock down.”

“We have lab coats as opposed to coveralls,” she jokes, “so pick your poison on that.  I guess that’s one difference.”

Trulieve’s Tallahassee dispensary was the very first one in the state, and Rivers says retail presents an additional set of security concerns.

“So we have very, very limited product on hand and the product that we do have on hand is not left in the dispensary overnight,” Rivers says.  “It is taken into a more secure storage area.”

With the campaign against Amendment Two reaching a fever pitch, Rivers just shakes her head at some of the claims leveled by opponents.  Two thousand pot shops?  Rivers says Trulieve, one of six approved dispensing organizations, is moving forward aggressively.

If all goes well, she hopes next year they’ll have 15 retail storefronts—a far cry from 2000.

77%Of Florida Voters Support Medical Marijuana, According to Poll

Seventy-seven percent of Florida voters support medical marijuana, according to a new survey of likely voters. The University of North Florida poll shows broad support for expanding access to the drug, which is currently available to people with certain chronic illnesses. UNF pollster Michael Binder says the results bode well for proponents of Constitutional Amendment 2, who need the support of 60% of voters in order to pass the measure.

With time running out before the November election, campaign finance reports show that committees on both sides of a proposal to legalize medical marijuana in Florida received major cash infusions last week.