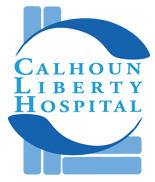 The Calhoun Liberty Hospital has reached a settlement deal with Florida’s health care oversight agency. The hospital faced steep fines over its handling of a woman who was forcibly discharged from the facility and later died.

The state Agency for Healthcare Administration conducted an audit of the hospital shortly after Barbara Dawson's death. It found numerous problems with patient records and procedures and staff training and ordered the hospital to pay fines. Hospital spokeswoman Sandi Poreda says the hospital will pay less than a third of the $56,000 in accumulated penalties it was hit with by the state.

“Under the settlement agreement, the hospital has until April of next year to pay $14, 500. And the balance of the fine, About 42,000 will be held in abeyance pending the continued implementation of agency directed quality assurance measures for two years," Poreda says.

he hospital is located in a mostly rural area of the panhandle and is very small. It has conducted fundraisers and bake sales to pay its penalties. It's also the only hospital for miles, and residents had expressed concerns the incident could lead to its closure, creating a medical desert.  The hospital is still facing a civil lawsuit over Dawson's death.

The Calhoun-Liberty County Hospital is still trying to pay off fines levied against it by the state. Those penalties are related to the December death of a Blountstown woman. The hospital is trying to raise the money through barbecues and bake sales.

Hospital Where Woman In Custody Died Cited For Deficiencies

The hospital where a black woman died after she was forcibly removed from the emergency room by a white police officer was cited for 10 "deficiencies," including failing to properly examine the woman when she complained of difficulty breathing, state health officials said.

State Launches Probe Of Hospital's Removal Of Patient Who Died

Gov. Rick Scott's Agency for Health Care Administration said Dec. 28, 2015  it has started an investigation into a Northwest Florida hospital after the high-profile death of a woman who had been forcibly removed from the facility.

A former Bristol woman screams for help and complains she can’t breathe in a police dash-cam recording released Wednesday.