For Dorothy Gay, there was never any question that Broward was where she would retire. She was born in Pompano Beach and has spent her entire life here.

But now that she's retired, it's not easy for the 77-year-old. She struggles to get by.

"You know how you think you going to save a little here and a little there, but you didn't?" she said.

Gay worked as a teacher's aide in Plantation for over two decades — and even took a second job in after-care to boost her monthly retirement checks. Her Social Security and pension payments total $2,500 a month. It's too much to qualify for affordable housing, but not enough to pay less than half of her income on rent for a one-bedroom apartment.

"I never thought housing would be so hard," she said.

Gay exemplifies the challenges Broward County will face in the coming years.

Over the next decade, more than 236,000 adults living in Broward County will age into — and past — retirement. It's the fastest-growing elderly population in Florida. A new report calls it a 'Silver Tsunami,' and it’s raising questions about what the county needs to do to prepare. 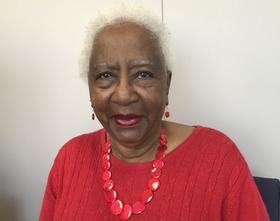 Broward County's gap between rent prices and wages is one of the highest in the country. That's because the average rent costs more than 30 percent of the monthly average income.

Nearly 13 percent of seniors in Broward are living below the poverty line — four percentage points higher than the national average for senior poverty.

Diane Smith, from the South Florida Institute on Aging, said it's getting harder for retirees to live in Broward.

"Unless you have a lot of money," she said.

The institute, called the SoFIA, was formerly Impact Broward. Its goal is to help seniors in the county get easier access to some services, like volunteer caregivers. 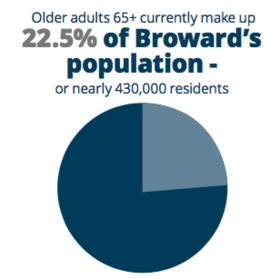 Lonliness is another major challenge for seniors.

"The ability to connect with individuals who are isolated — they just so appreciate the fact that someone cares about them and checks on them," Smith said.

Smith directs the volunteer Senior Companion Program. It pairs seniors for visits with other seniors, and the program covers some of the transportation costs.

SoFIA pays volunteers a stipend of $2.65 per hour for volunteering, plus 40 cents for mileage. 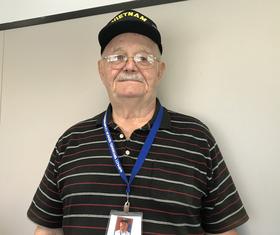 Read More: The Community Foundation Of Broward is Funding A New Round Of Grants To Fight Local Poverty

"The stipend helps. I read his mail, we take a walk… I do his correspondence too," Andresen said. "It becomes a symbiotic relationship, we get along great."

Andresen visits 59-year-old Sullivan Estavia each week. Though young for the retiree circuit, Estavia is blind. From Trinidad and Tobago, he doesn't have any family in South Florida. He rarely leaves his Hollywood apartment, except for appointments with doctors.

"He know me so good, and what I need and what I don't want," Estavia said about Andresen.

The two men visit every Monday, and usually watch soccer or football together.

Andresen knows how hard it is for Estavia to get out and leave his apartment. And he wonders what Broward County will be able to do for transportation when he can no longer drive.

"I've always had a vehicle. In New York, you had the best transportation in the world. Down here, if you didn't have a car you were stuck," Andresen said.

"The number one call we get in this office is about transportation," she said. 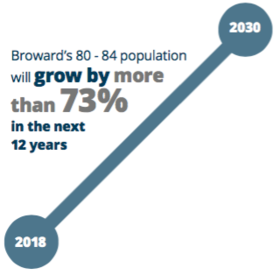 A proposed sales tax increase coming up on the Nov. 6 ballot in Broward County would raise the sales tax from 6 cents per dollar to 7 for the next 30 years. If it passes, the hundreds of millions of dollars it's expected to generate will all go to fund transportation projects — including those aimed at seniors.

"I don't consider myself homeless as long as I know I got children and a friend," she said. "I always feel like I could be ... but I'm not."